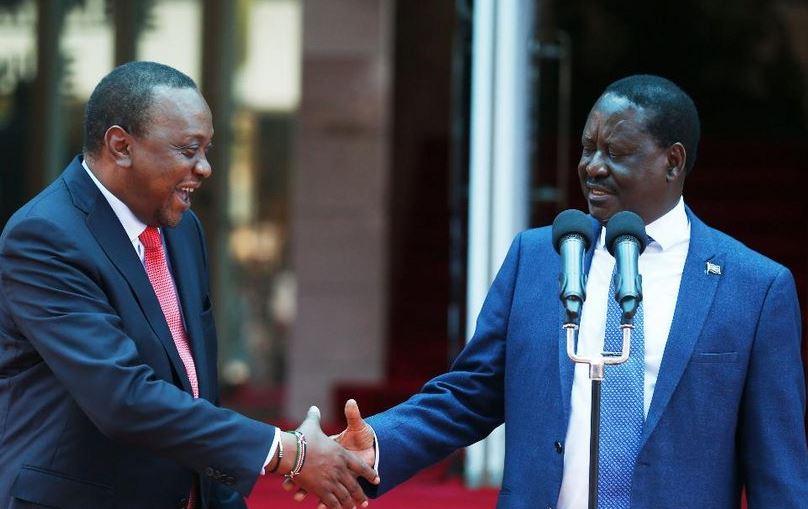 The Orange Democratic Movement (ODM) has assured President Uhuru Kenyatta of its unwavering support in the Building Bridges Initiative and the Handshake with party leader Raila Odinga.

In a statement to newsrooms on Sunday, ODM commended Uhuru for remaining focussed on the Handshake and BBI.

ODM chairman John Mbadi noted that the party has had the benefit of fully understanding the importance of Uhuru’s recent political activities, especially the Friday meeting with Gema leaders, as part of the on-going efforts to unite the nation.

The Orange party further praised President Uhuru for “seeing the recent Kibra by-election for what they thought it was: a strong indication of unity and interest of the country at heart”.

“We join the President in thanking the people of Kibra for the significant role they played in ensuring that the elections were peaceful. With that, the people of Kibra won their place in history for taking a leading role in the remaking of the Kenyan nation,” said ODM.

“Everyone including the president took note, and history will surely record it that when this country decided to mend its ways, with Uhuru Kenyatta and Rt. Hon Raila Odinga providing leadership, Kibra acted affirmatively thereby making it clear that no part of this country is too volatile to know peace.”

ODM said Uhuru and his brother Raila have demonstrated that the BBI is about the country’s prosperity.

“Uhuru and his brother Raila have said it before and the President said it again in Sagana, the handshake and the BBI are never about 2022 and any individual leader’s presidential ambitions. It is about Kenya and it’s posterity,” the statement read.

“On behalf of all elected leaders in ODM and the people we represent, I assure the President and Rt. Hon. Odinga of unwavering support in this once in a lifetime journey of national rebirth,” the party declared.

Loading...
The Trending Pics This Monday < Previous
They Touched My Private Parts – Sonko Accuses EACC of Harassment [VIDEO] Next >
Recommended stories you may like: