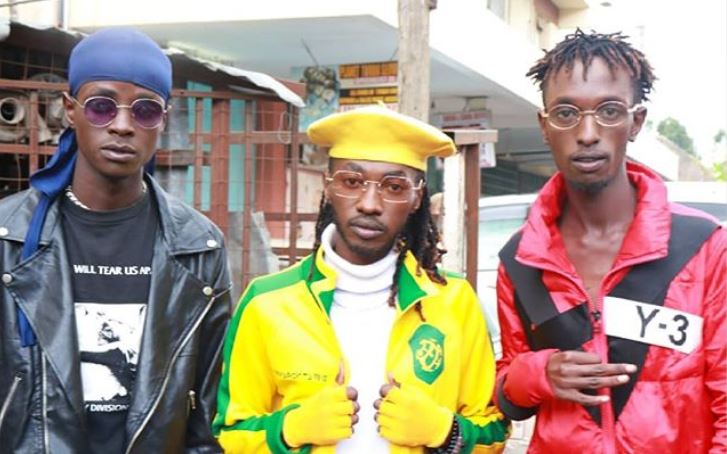 As Gengetone anthems continue coming in thick and fast, the three-man group Boondocks Gang has unleashed its latest project, ‘Kidolee’.

The group comprised of Exray, Maddox and Odi Wa Murang’a broke into the Kenyan music scene in December 2018 when they released the song “Rieng”. This set the precedent for a wave of hits that would be produced by the group in the following months, such as ‘Madam’, ‘Mboko Haram’, ‘Ital’, and ‘Modo Man’.

For a group that was originally started as a gospel hip-hop group, Boondocks Gang has since found success in the secular scene with their unapologetic raw and sexually explicit style of music.

Exray said, “in gengetone we are able to keep it real and honest.”

Their supposed realness and honesty saw them land a record deal with American based recording company Black Market Records.

The group’s new banger, ‘Kidolee’, is a continuation of their rebellious voice of a new generation beating back the restraints of a traditionally conservative Kenya.

It is produced by the highly sought-after record producer Magix Enga, while the video is directed by one Vikta Daniel.