My Story: Living With A Mother With Alzheimer’s 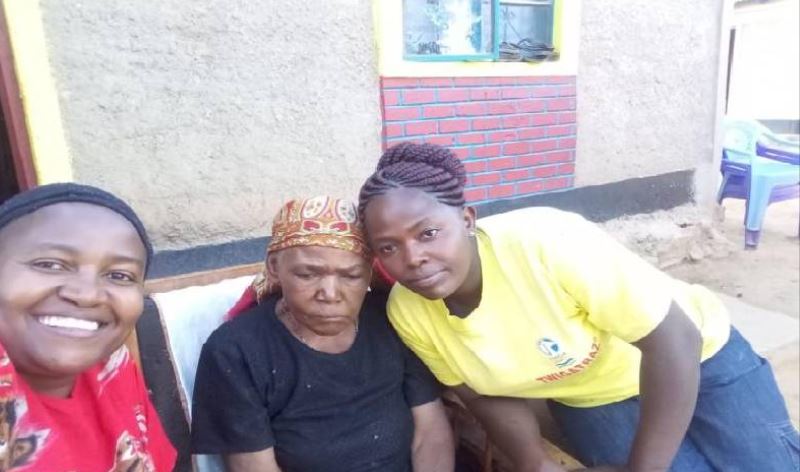 Stella Musau, 45, has been caring for her 71-year-old mother, Veronica Musau, through Alzheimer’s after she suffered sudden memory loss in 2011.

She shared her story via Standard.

Our mother experienced a sudden memory loss sometime in 2011. It all started when some women in a group where she was the treasurer told us that she wasn’t keen at her job in the group. They also accused her of receiving money from other members and denying she had taken it. After a few such incidences, they reached out to us and this was the beginning of our journey with Alzheimer’s.

Before her friends reached out, she could complain of losing something only to find it safely kept in her bedroom. We always laughed it off but little did we know it was a health condition that needed medical attention. Our father would joke whenever this happened and could tease us to get her a psychiatrist.

But we all got concerned when she started acting insecure and hiding household items such as sugar, flour and even utensils in the garden. We would search for these things only to find them rotting in the bushes many days later. Then she started mixing up our names. Sometimes, she would veer off from a topic and talk about unrelated things. She often talked about her childhood experiences and would pester us trying to find her way to a primary school she had attended. She said she wanted to go to school. And she was always restless, trying to do one thing and abandoning it to do something else.

In our Kamba community, my mother’s condition was majorly linked to witchcraft. So the first thing we thought of was taking her to a traditional healer. In 2012, we visited many different traditional healers whose intervention didn’t help. Instead, her condition only got worse. She started getting withdrawn and would look the other way when she was talked to. It was at this point that we took her to St Francis Community Hospital in Kasarani where tests revealed that she had depression.

She was put on medication and discharged on instruction that we monitor her condition for two weeks. Nothing changed. Two weeks later, she underwent organ tests that revealed she was okay. I searched on Google the name of the medicines that doctors gave us and found out that they treated depression, Alzheimer’s and other mental problems. I ruled out depression and linked all the symptoms my mother portrayed to Alzheimer’s disease.

We went to Kijabe Hospital in 2014 to seek a different opinion. Here, a brain scan revealed that our mother was okay. It was frustrating not getting to the bottom of what she was suffering from. The doctors warned us that should the drugs they gave our mother fail to work, then it was possible that she was experiencing early signs of Alzheimer’s. They explained that the condition couldn’t be treated but only gets worse with time. That it could only be managed. We were shocked at the doctors’ pronouncement but somehow, we are coming to terms with the fact that people age differently.

Doctors also advised us to stop her medication since the drugs had started damaging her vital organs. The disease has been getting worse over the years. By the end of 2014, the year she was diagnosed with Alzheimer’s disease, her condition had become so bad that she couldn’t do things she previously did for herself, including bathing.

Sometimes, she could walk out of the home and would never know her way back. Our only luck is that whenever people who knew her saw her walking alone, they would bring her back home.

Feeding her has been a great challenge. Sometimes she refuses to eat completely and there is nothing much we can do. Her health has gotten worse and she is now confined into a bed. The biggest challenge for caregivers of patients with dementia is the division the condition causes in the family, the financial strain as well as stigma in the society.

I have siblings who thought the disease was a burden and haven’t been at home to see our mother for over eight years. The worst of all is the uncertainty the condition presents. You live in fear not knowing how worse the condition can get. You can only be sure that it doesn’t get better. But I have found encouragement from the Alzheimer’s and Dementia Organisation Kenya where I get to know that I am not alone in this struggle.

Loading...
How Much I Earn From My Maize-Roasting Hustle < Previous
Ndung’u Nyoro: I Quit My Job to Pursue My Passion Next >
Recommended stories you may like: