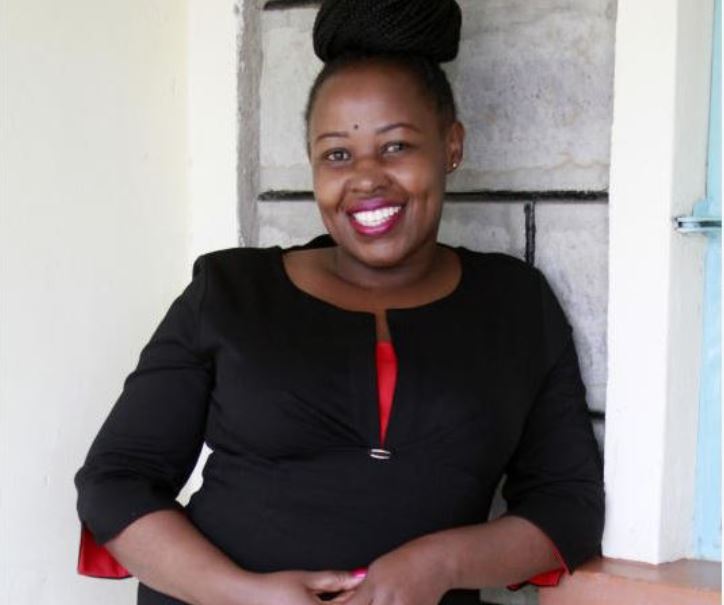 Gladys Maina, from Donholm in Nairobi, is suffering from chronic fatigue and fibromyalgia. Her life changed when she delivered her first baby; she developed pains that she endured for 19 years before she was correctly diagnosed and put on the right treatment.

She shared her story with Sunday Magazine:

My tribulations started in early 2000 just after I delivered my first daughter through C Section at Kenyatta National Hospital. I was in a lot of pain even as nurses wheeled me out of the operation room. My body was very stiff. I begged to be given painkillers but the nurses declined, saying that they had already given me strong painkillers. I could barely hold my daughter.

My condition didn’t improve even after I was discharged from hospital four days later. I could barely move my legs. I couldn’t sit or rise from the chair and had to get help to change my sleeping position in bed. In fact, I jokingly remind my husband how he bought long straws for me to use for sipping tea since I couldn’t lift a cup. All the while, we blamed my condition on the wound from surgery which had taken long to heal. I kept visiting KNH to have the wound examined. Doctors also tried to get to the bottom of my pain and numbness, severe headaches and the tingling and stinging sensations that started in my right leg and spread to the rest of my right side. I also battled severe cramps and I hadn’t stopped bleeding from the time I left the hospital.

Eight months later, the gynaecologist told me that he didn’t understand my condition. He referred me to a nerve specialist instead who treated me for three months until I stopped treatment when I couldn’t afford the Sh12,000 that was required for my brain scan. I went to the hospital a few days later when I started having chest pains.

I had another flare-up in 2004 when I delivered my son through surgery too. I lost a lot of blood and I was admitted for eight days where my difficulties in breathing were monitored. I visited many hospitals and dispensaries thereafter where I was given one wrong diagnosis after the other for my extreme pain and fatigue, the headaches, pain in my chest and shoulders as well as the bleeding. Sometimes, I was dismissed from the facilities when medics said the pain was only in my head. Just like my first pregnancies, the third one in 2010 had complications that prompted a surgery. This was cause for another terrible flare-up. I thought I was going to die. I was too fatigued to even breathe.

By then I was getting tired of hospitals. I spent more days in hospital than I did elsewhere and this strained my husband’s resources. There is a day I spent Sh96,000 on blood tests alone. So, I swore never to go to hospital again. But when the pain became too much, my husband dragged me to the hospital where a doctor said it was possible that I suffered from chronic fatigue syndrome. He also conducted scans, blood tests and an ultrasound to rule out other related complications. The ultrasound found that I had endometriosis.

Two weeks later, I had my uterus removed at the hospital. It was the happiest day of my life. It marked an end to my painful cramps and bleeding. Many days, I had wished I could pull the uterus out with my bare hands. The surgery was, however, faulty as doctors accidentally removed my bladder alongside the uterus. This had to be corrected. It was then followed with many other surgeries to cut out stubborn growth that developed where my uterus had been.

With my bleeding gone, all that remained was the chronic pain and fatigue. In June 2014, tests confirmed that I was suffering from fibromyalgia. After running CT scans, MRI and EMG and sending samples outside the country, doctors at the facility explained that I was suffering from the autoimmune condition which they said could be managed. I was very relieved to finally understand what I was suffering from. The strange illness had robbed me the happiest days of my life. I had missed the greatest joy of holding my three children and doing for them the little things that mothers do. It had robbed my daughter a social life and made her my caretaker all her life. I couldn’t travel; I couldn’t go out with friends. I couldn’t work. I had spent practically half of my life in hospital.

For the first time, I was put on the correct medication that relieved my pain immensely. To manage my pain and fatigue, I sometimes go for physiotherapy, hydrotherapy in a hot water pool and have electrotherapy on my back and thighs among a host of other pain management exercises.

On the bright side, my suffering has taught me never to belittle anyone’s pain because I don’t know what they are going through. I have been judged for years and told my pain was only in my head. When the day ends, I know it has taken away a pain I will never feel again. And every day, I edge closer to my complete healing.