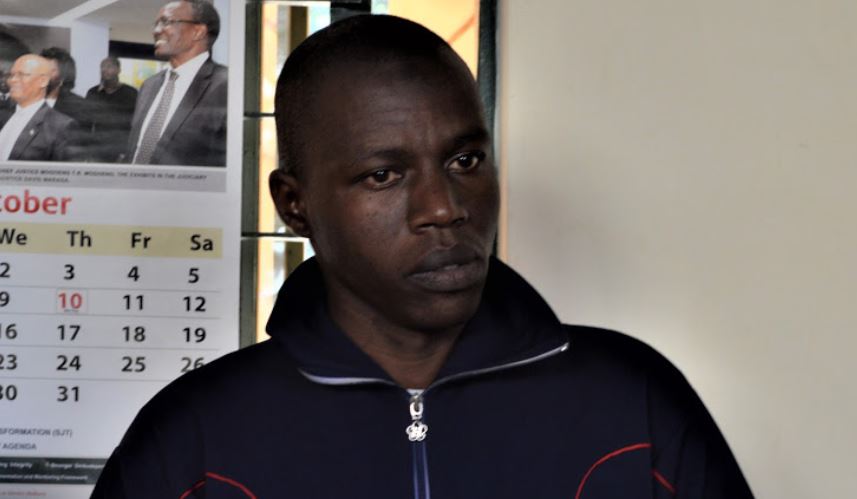 The distraught mother of a murder victim on Tuesday stunned the High Court in Eldoret after she attacked the man suspected of killing her daughter.

Ms Beatrice Wanyota confronted the suspect, Mustafa Idd, as he was being led out of court by police officers. Justice Stephen Githinji had ordered that he be taken to Moi Teaching and Referral Hospital for psychiatric examination before taking the plea.

The bereaved mother reportedly slapped and punched the accused, telling him: “You are the one who killed my daughter and I am so angry with you.”

Ms Wanyota also said she was angered by the delayed hearing of the case.

“Whenever I come to court for my daughter’s case, the matter is always postponed ostensibly to pave the way for mental assessment of the accused,” she said.

But Githinji told her that the trial could not proceed until the suspect is mentally tested.

“As a matter of procedure, anybody charged with murder must first undergo a mental assessment before he is allowed to take the plea. The accused is not yet off the hook.”

The Judge further reprimanded her: “The court will have you arrested and prosecuted if you ever repeat the same.”

The suspect, 31, is accused of killing 26-year-old Emma Wanyota on September 30 at Moi’s Bridge in Uasin Gishu County. The victim was a college student in Eldoret.

Emma’s mutilated body was found in a pool of blood in a nappier grass farm next to her home. The legs and arms had been chopped off.

Mustafa is also charged with the murder of his former lover, Nancy Etome, on July 25 at Kapkoi in Uasin Gishu County.

Loading...
Ex-Convict Attacks Wife With a Machete After Release From Prison < Previous
Ezekiel Mutua Wants More Than An Apology From Ethic Over Their Song ‘Tarimbo’ Next >
Recommended stories you may like: