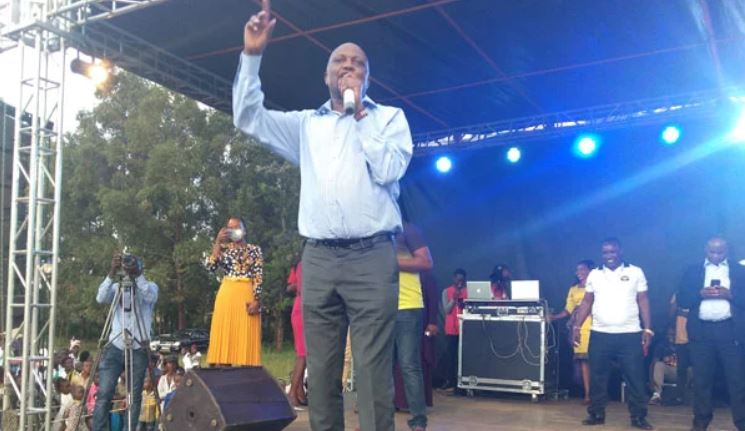 According to Kuria, Waiguru committed political suicide when she campaigned for ODM’s parliamentary candidate Imran Okoth on November 3.

“She has committed political suicide as the Mt Kenya region is opposed to Mr Odinga’s style of politics. Residents from the region are also not happy with what Ms Waiguru did,” he stated.

Moses Kuria spoke at Kagio Primary School in Kirinyaga County on Sunday, during a fundraiser for musicians from different parts of the country.

The outspoken MP also called on Kenyans to oppose the push for a referendum to change the Constitution.

He said Kenyans were facing serious financial challenges and that the money that would be used for the referendum should be redirected to reforms in the agriculture sector.

“Kenya’s budget has a deficit of Sh1 trillion yet selfish politicians are insisting on changes. Kenyans should say no.

“A few sections of the Constitution are contentious but we do not need a referendum to change them. It will be a waste of time and resources to go for a referendum. I’m totally opposed to it,” he said.

On the Building Bridges Initiative, Moses Kuria said, “The report of the BBI should be made public urgently so that the people can decide on it. Unfortunately, when I say the BBI is strange to the people, I’m branded an inciter.”

Loading...
Teenage Sisters Gangraped After Thugs Raid Home in Busia < Previous
Q&A With Lawyer Danstan Omari Next >
Recommended stories you may like: