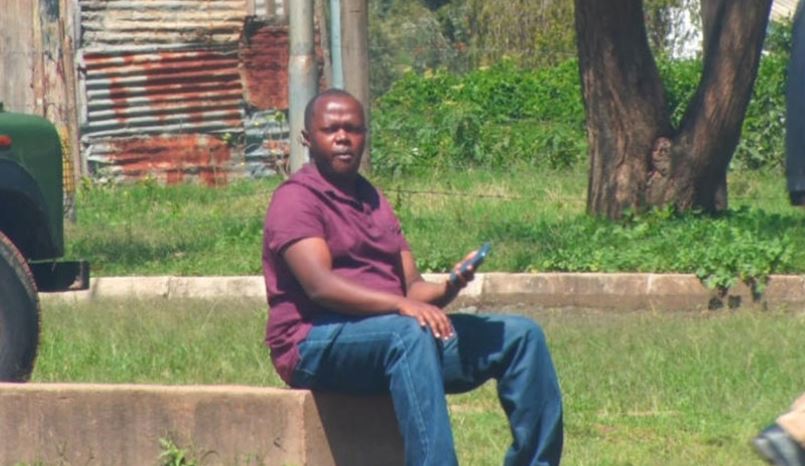 Peter Mugure, a former Kenya Defense Forces soldier who is facing murder charges for killing his estranged wife and two children could be suffering from depression, his colleagues have indicated.

According to a report by the Star, one of Mugure’s colleagues at the Laikipia Air Base said the Ex-KDF major had exhibited peculiar behaviour such as standing in the rain for over 30 minutes.

“At one time while driving in the camp, I spotted him standing in the rain for over 30 minutes. He was being rained on and was constantly looking at his watch,” the colleague said, adding that this disturbed fellow soldiers at the base.

The unnamed officer noted that Mugure was ‘grounded’ after he crashed an airplane as a trainee pilot, adding that that could have been the source of his personal and mental problems.

Meanwhile, the mother of the deceased Joyce Syombua has claimed that there was a previous attempt on the lives of her two grandchildren Shanice Maua 10 and Prince Michael, 5.

Elizabeth Maua, the mother of Joyce Syombua, said there was an attempt to poison the kids shortly before DNA tests to establish whether Mugure was their biological father.

“There was a time when they were coming home from school and met a woman who posed as their teacher at Lakewood. She bought them soda and mandazi. The younger child was very keen. He noticed the woman putting a substance that looked like black tea in the soda. They did not drink it.

“When they went home to change clothes since their mother had left behind the key, another woman drank the soda. She felt weak afterward and was unable to speak.

“When Peter called later, Mike asked ‘are you the one who wanted us dead?’” the grief-stricken Elizabeth said while speaking to a local TV station.

On Monday, a Nanyuki Court allow detectives to detain Mugure and his accomplice for 21 days to complete investigations.

The second accused, 21-year-old Collins Pamba, is a casual labourer at the senior officers’ mess in the Laikipia Airbase. Pamba allegedly aided Mugure in burying the bodies of the three.

The case will be mentioned on December 9, 2019, when the accused are expected back at the court. 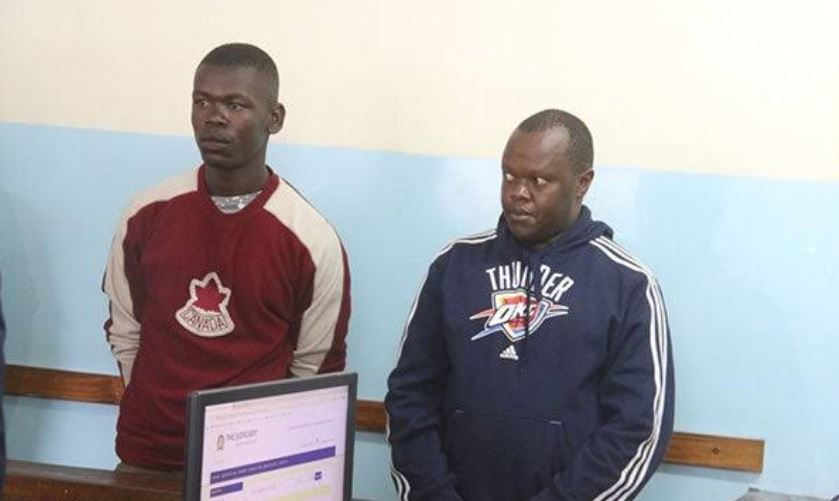 Loading...
CS Magoha Worries For the Boy Child After Girls Outperform Boys in KCPE 2019 < Previous
The Top Stories on the Internet Today (Wednesday November 20) Next >
Recommended stories you may like: