How Collins Injera Became a Rugby Player by Accident 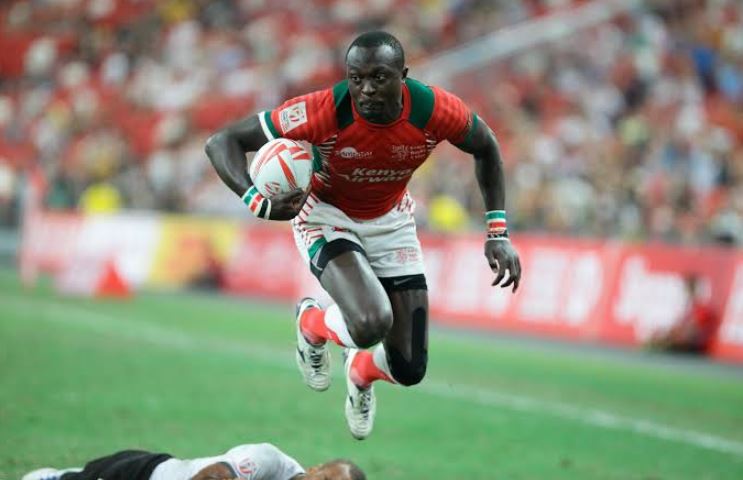 Ironically, for all his talent and achievements in the sport, Injera had never imagined playing rugby as he had his eyes set on football when he joined Vihiga High School in 2001.

“I joined rugby in an accidental way as you know those days in school you were required to join a club or a team for co-curricular activates. My first choice was football,” he told Maisha Magic East.

However, his footballing dream was instantly crashed when he saw a large crowd had gathered on the football field.

“As I was leaving, I looked over on the other side of the field and I saw a small group of boys throwing around and kicking an oval-shaped ball. They welcomed me and I joined them and at the first touch of the ball, I was hooked. I got hooked to the sport so much that it started affecting my academics,” he narrated.

After his high school education, Injera, in 2005, went on to join Ulinzi rugby team where his elder brother, Humphrey Kayange was playing. After the club was disbanded, he joined Mwamba Rugby Club which he described as being his ‘home and family’ for the last 13 years.

Starting off in division two, Injera said he had his eyes set on joining the national team, and indeed he did.

“Being called up to the national team really showed me something. It showed me that when you focus on the process, most likely the end result would be in your favour. And by process here I mean the rigorous training we used to do with my friends,” said Injera.

Sadly, the sevens rugby star has been ruled out of the 2019 Africa Men’s Sevens tournament with a shoulder injury.

He sustained the injury while playing for Shujaa during the recent Safari Sevens and will miss the continental showdown scheduled for 8 to 9 November 2019 in Johannesburg, South Africa.

The winner of the tournament pitting 14 African teams, alongside hosts South Africa, will represent the continent in the 2020 Olympics in Tokyo, Japan.