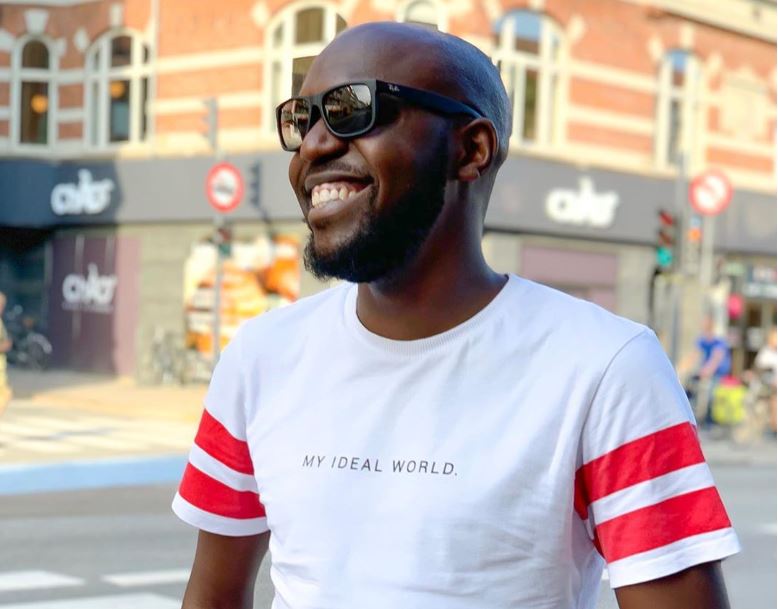 Larry Madowo took a two-month social media break without alerting his followers and nobody seemed to notice until Wednesday when he returned to celebrate his latest feat.

The former NTV news anchor said he came back after his BBC radio documentary was nominated for the 2019 AIB International Media Excellence Awards, which he ultimately won.

“Back from a 2-month social media break to learn that a BBC radio documentary I presented was nominated for an award! I loved working on it & I’m so glad people around the world enjoyed it,” Larry Madowo tweeted. 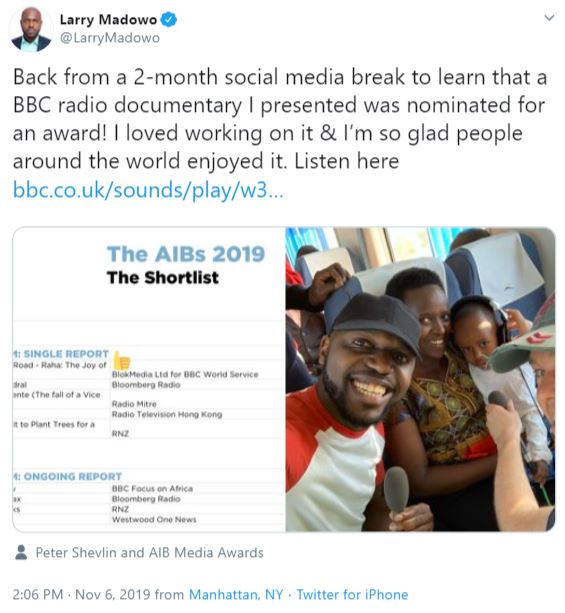 In a subsequent tweet, Larry deservedly bragged: “We won! My first ever radio documentary and we won!”

Before that, Larry brought the ever-entertaining Kenyans on Twitter out to play when he asked about what he missed during his social media detox.

“I planned to take 30 days off social media but I enjoyed it so much that I doubled it. I learnt 72 new languages & built a house with my bare hands. What did I miss?” tweeted Larry. 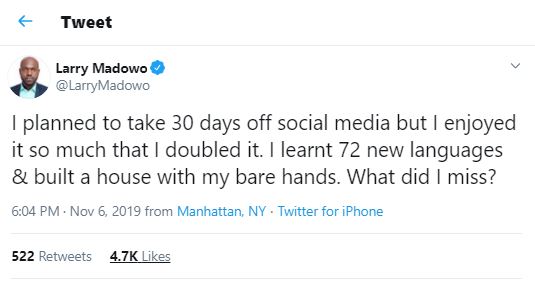 Kenyan netizens in their hundreds duly responded with hilarious updates of everything that happened when he was away.

We’ve sampled some responses below.

Stop lying on our behalf😂

From that 72 languages for the next 72 days makes sure each day you tweet with diffrent language ..

@Crazy_Nairobian hit 100k followers 47 short of all the residents of Lamu county… Tunaomba serikali to declare him a sub county.

Éric Omondi is now with J. Maribe, Jowie still locked but everyone is out on bond including Mrs. Cohen & Obado.Baba’s bedroom is under ‘sieke’.NASA funeral in Kibra.Hussein of Citizen left .No major terrorist attacks so far. Moi & Kibaki are not well. What else #KOTLoyals?

Pepi was here, Kuria admitted that bunge fjhd up, Atwoli smashed his phone on tv, Hussein took a break, inflation galore, Uhuru park nearly grabbed, Uhuru was in Russia with a jet, Census reveled that some ppl overestimate their abilities….