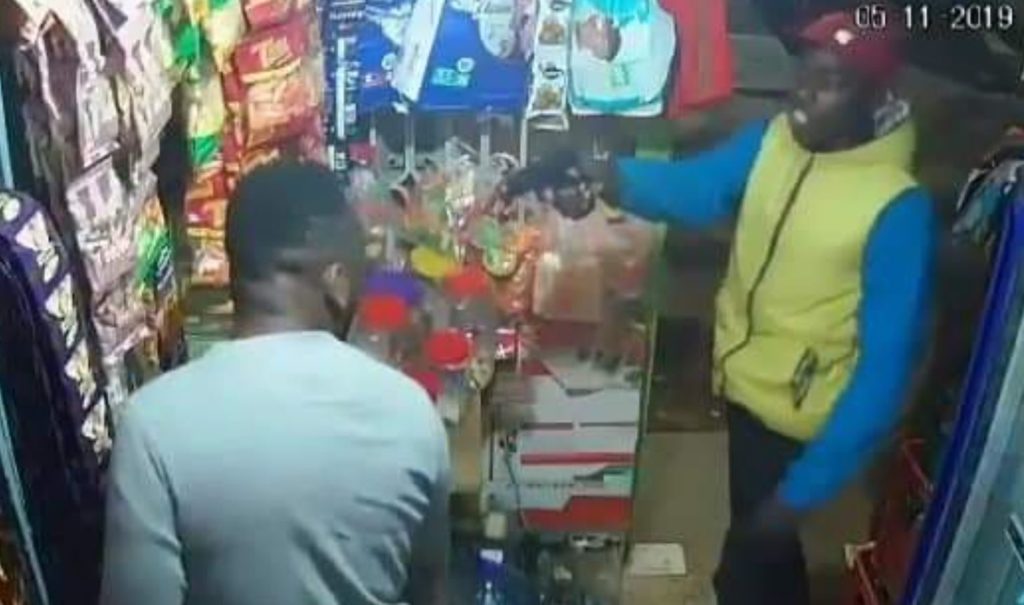 The family of a man who was shot by armed gangsters in Kasarani area says he’s always been a fighter who can’t leave anyone in trouble.

Richard Muema was shot seven times; 5 times in the abdomen and twice on the legs, during a botched robbery in a shop last Tuesday.

According to his family, Muema left his home in Sunton, Kasarani at around 10 pm, and was heading towards a nearby work station, where he works as a freelance writer. He decided to purchase airtime at his friend’s shop, said Muema’s brother, Wilberforce Makau.

“He is a freelance writer so he often works at night. He stopped by his friend’s shop to buy airtime as he was heading to work,” Makau told The Standard.

While it is not clear from the shocking footage of the shooting, Muema’s family says the armed robber shot the shopkeeper- Ulbanus Mutua -in the neck, prompting Muema, who was laying on the floor as instructed by the thugs, to spring into action.

Muema’s other brother, Justus Mutuku, said it is not surprising that Muema pounced on the gunman after he shot the shopkeeper, who is Muema’s close friend.

Mutuku said his brother, a father of twins aged two and a half years, has always been heroic, stating, “Muema is a people person. He can’t leave you in trouble. He will stay until the last minute.”

The family reckons Muema was right to attack the gunman since the gunman would most likely have shot him even if he stayed down as ordered.

“If you look keenly you will see that Muema felt he had a chance to fight off the thug, because the thug had focused his attention on the shopkeeper,” Makau added.

Reports Monday morning indicated that police have identified the suspects, with the shooter said to be an ex-convict who recently completed his term at Kamiti Maximum Prison.

Loading...
All the Trending Pics this Tuesday < Previous
Murang’a Senator Explains Why Uhuru, Ruto Cancelled Meetings Next >
Recommended stories you may like: