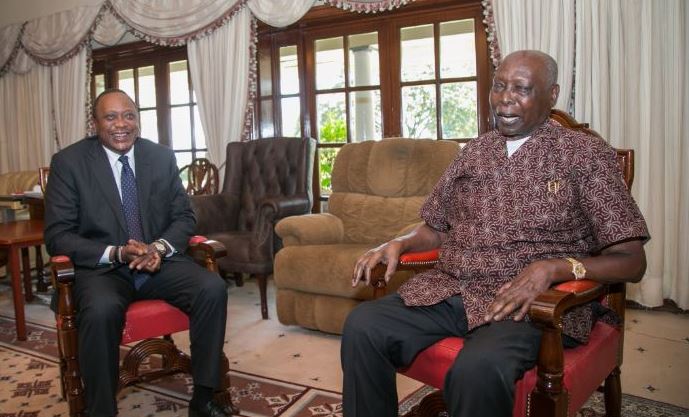 In a sign that all might not be well with retired President Daniel arap Moi, the 95 year old was on Saturday morning rushed back to Nairobi hospital.

This is according to the Star newspaper.

Moi had only just been discharged 2 days prior. It however remains unclear whether he was taken back to ICU or the general ward.

“He was brought back but it is not clear which ward he has been taken to. His security detail is seen around and his family members have also been seen,” a source told the newspaper.

However, Moi’s spokesman Lee Njiru, who was last week convincing Kenyans that all is well, refused to confirm or deny this latest hospitalization, saying he was not aware.

The ex-president’s personal physician David Silverstein last week gave him a clean bill of health after spending 10 days in hospital, stating that he would be monitored from his Kabarnet home.

According to people in the know, Moi has a recurring chest complication that is affecting his breathing. But at 95 years old, it’s hard to expect anyone to be of top health.

We will keep monitoring this situation.

Loading...
Police Identify Gunmen in Dramatic Kasarani Shooting < Previous
The Top Stories on the Internet Today (Tuesday November 12) Next >
Recommended stories you may like: