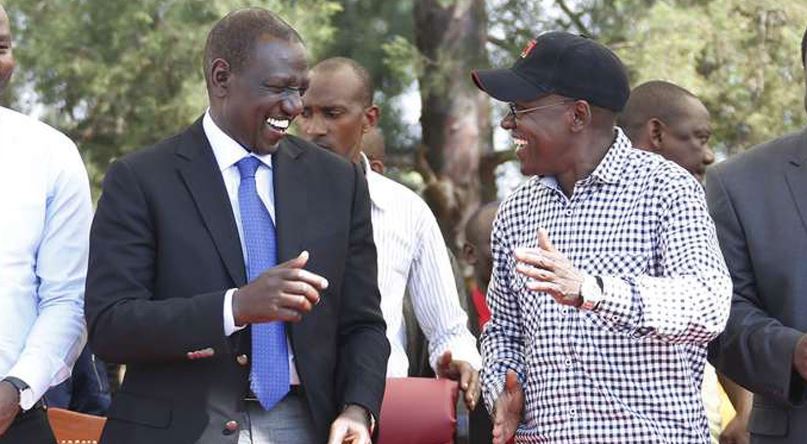 The daughters of Deputy President William Ruto and former Kakamega senator Boni Khalwale were among the top performers in the just-released KCPE results.

Ruto’s daughter Abby Cherop Ruto scored 406 marks out of a possible 500 marks to emerge as one of the top performers at Greenvale School based in Uasin Gishu county.

The 13-year-old’s mother, Prisca Chemutai Bett, attributed her daughter’s success to hard work and support from her father.

“I know he(Ruto) has received the news. He is yet to send a congratulatory message but when he gets time I know he will. He has been very supportive and we appreciate his effort,” Chemutai said.

Elsewhere, Kwalwale took to Twitter on Tuesday to congratulate his daughter Gift Atubukha Khalwale after she scored 396 marks.

“For these blessings, I thank God, my family & our hard working teachers. Congratulations my Tubu!” the bullfighter tweeted. 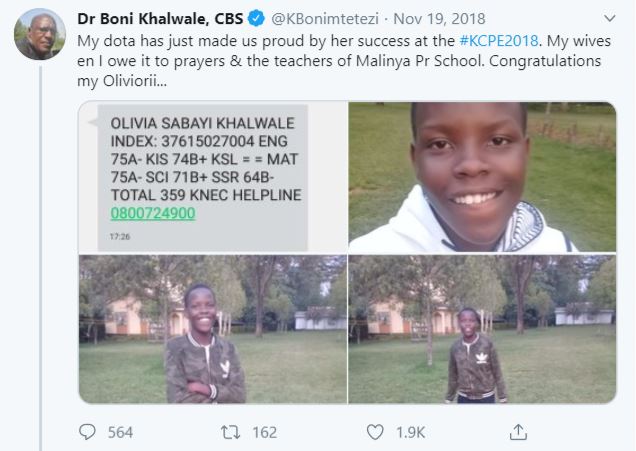 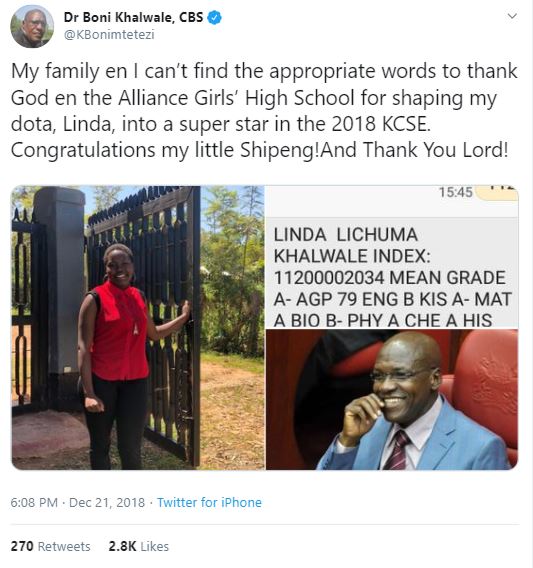 As a result, Kenyans on Twitter wondered just how many children does the politician have. Currently, we know of at least 5 kids. Even Wikipedia is not sure as it indicates that Boni has several children.

Kwan you want to make your own Constituency Mheshimiwa? How many kids do you have Buana ???

We knew you could never miss a candidate. Congratulations Gift Khalwale!

Boni has a kid doing exam every year & they all perform 👏👏👍🎉

Congratulations to Gift!!
Boni please after this one you need to wait to congratulate ours. Yako sasa tusisikie wa KCPE tena. Otherwise, make it known how many more are still remaining tusonge tukijua 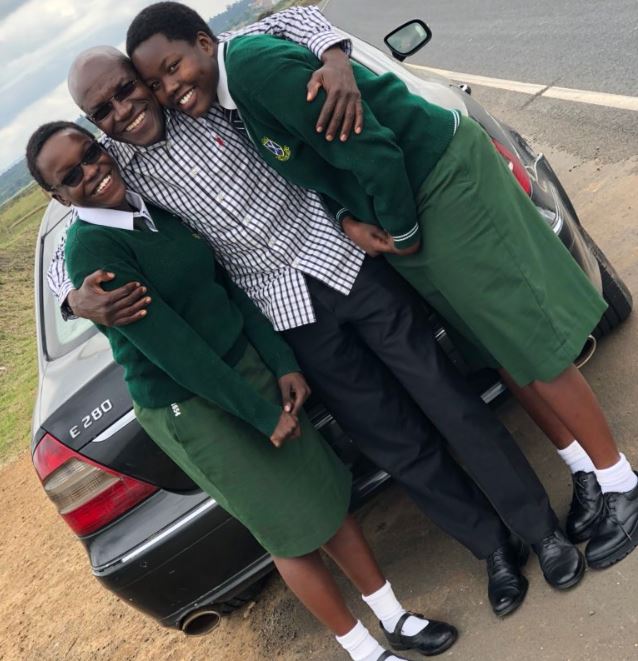 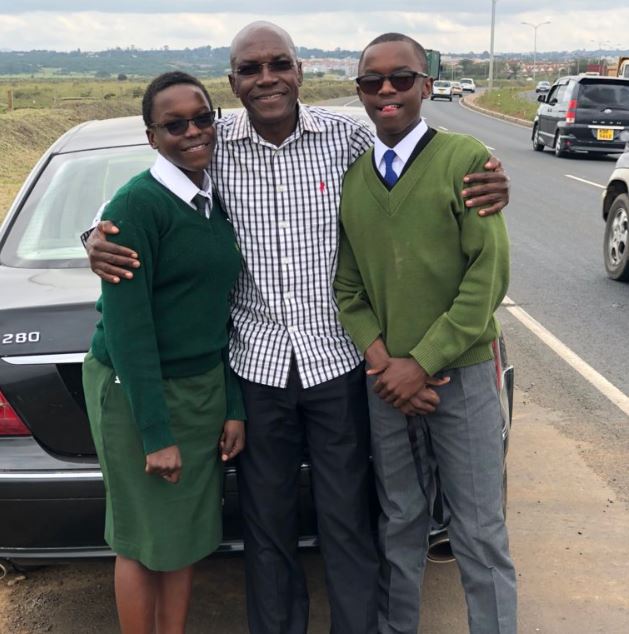 Loading...
The Trending Images This Wednesday < Previous
Interior Ministry Still Most Corrupt Despite Decline in Graft Incidences Next >
Recommended stories you may like: