The sleuths also recovered a sub-machine gun with several rounds of ammunition at Wikilaylie Market in Kitui after a high-speed chase.

According to the DCI, detectives pursued and intercepted the vehicle the suspects were using after conducting a robbery at Nguuni Trading Centre. The initial gang of six had attacked, injured and robbed a man Sh70K, 3 mobile phones & Safaricom credit cards. 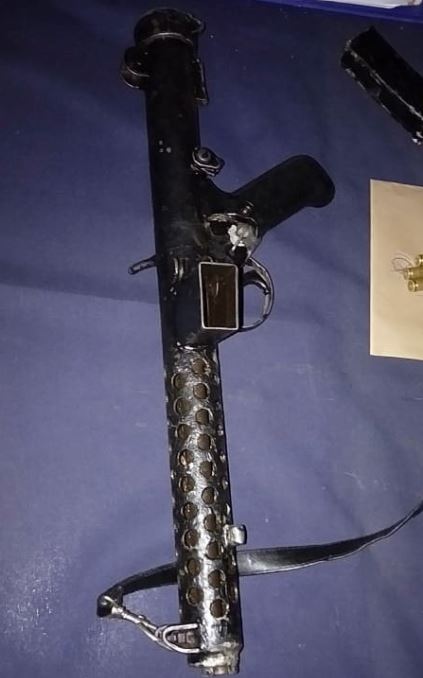 Those arrested include Musembi Musyoka, 42 and Kasola Nzulya, 46, both ex-convicts from Kamiti Max Prison. The other two were Peter Mwendwa a 43-year-old who is a Malindi Prison ex-convict and35-year-old Silvester Onyango.

DCI detectives also recovered two pangas and a phone believed to be used for M-Pesa operations.

A manhunt for the two suspects who escaped is underway.

Loading...
Khaligraph Jones: My Chain Wasn’t Stolen, I Gave it Away < Previous
‘I Almost Commited Suicide’ – Comedian Zeddy Opens up About Losing her Baby to Stillbirth Next >
Recommended stories you may like: