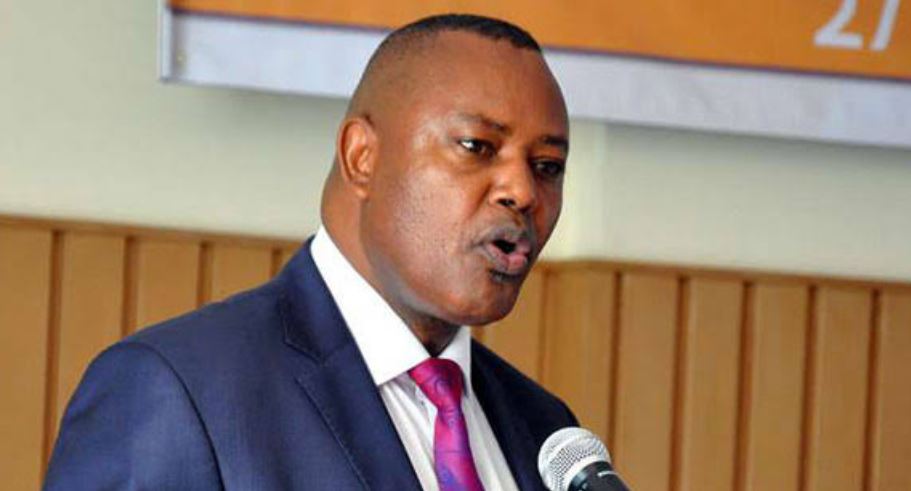 The Directorate of Criminal Investigations has cautioned the Kenyan public against taking their sweet time when reporting lost identification documents and personal valuables to the police.

In a statement on Tuesday, the crime-buster said it is unfortunate that a majority of Kenyans do not report to police when they lose ID cards, sim cards, phones, driving licenses or laptops.

The directorate called on members of the public to “always and immediately report to their nearest Police Stations any time they lose their unique identifiers, Sim Cards/Mobile phones & Laptops, and personal documents including Academic Testimonials and driving licenses”.

“This is essential for, not only getting police assistance in recovering the lost items, but also goes a long way in Strengthening the Victims’ Defense in case any such documents are subjected to Unlawful use by the perpetrators,” added the DCI.

The agency noted that this follows overwhelming reports of online fraud across the country, where perpetrators use stolen IDs and mobile phones to commit various crimes.

Read the full DCI statement below. 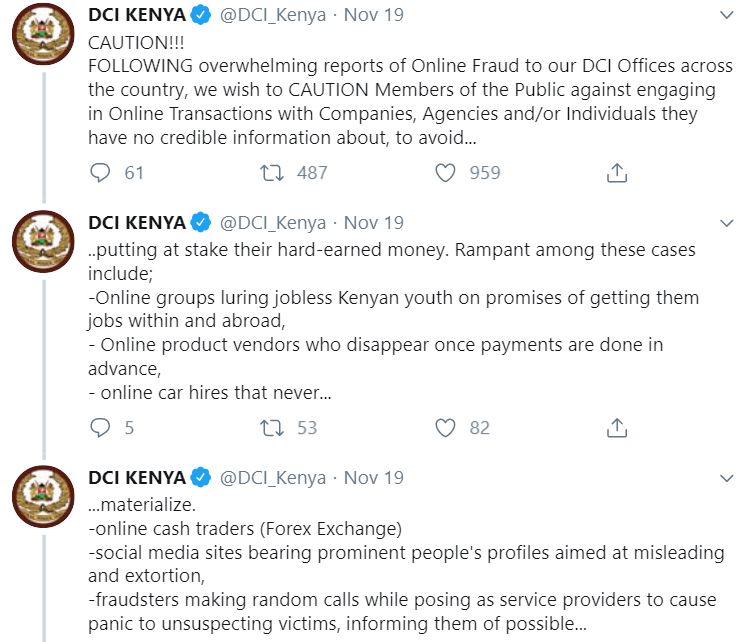 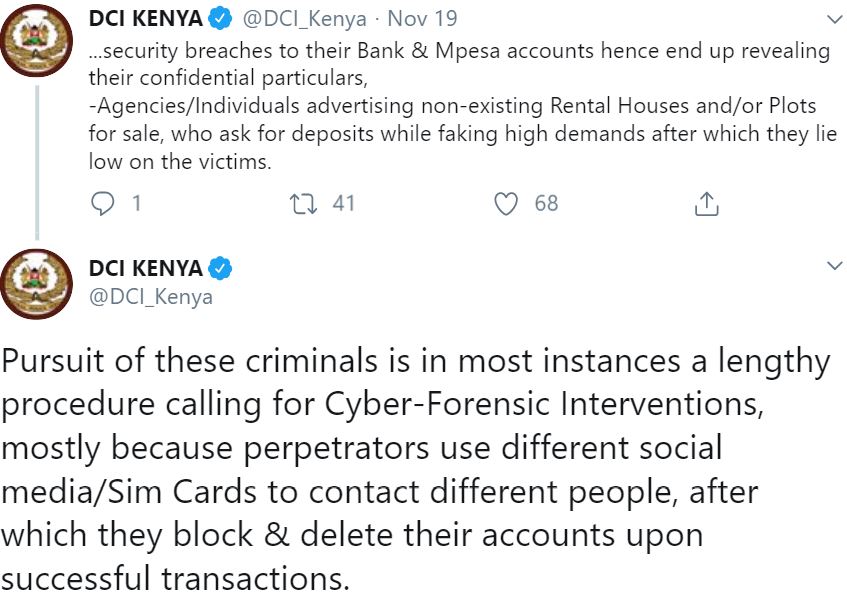 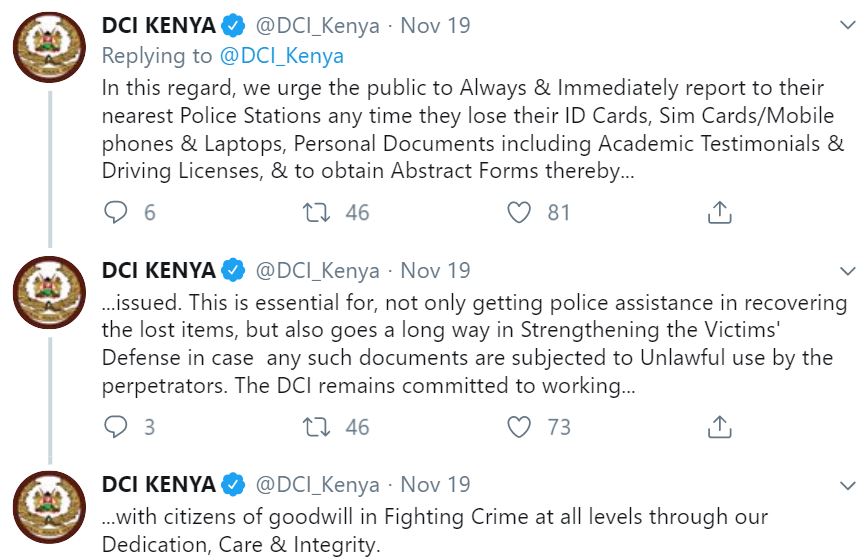 Loading...
President Uhuru Challenges Kenyan Women To Play a More Active Role in Nation Building < Previous
The Top Stories on the Internet Today (Friday November 22) Next >
Recommended stories you may like: