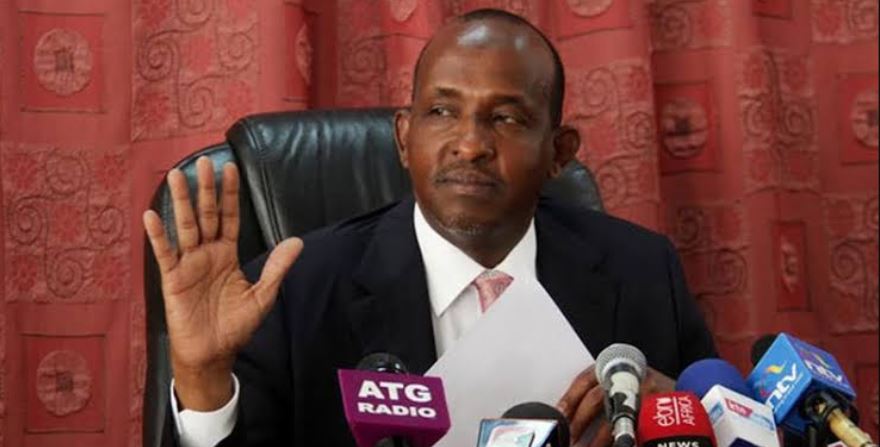 The National Assembly Majority Leader Aden Duale has contested the 2019 census results on Northern Kenya population, saying the numbers do not add up.

On Wednesday, the vocal Garissa Township MP led 18 other MPs from the region to call for a fresh audit of the results.

“You cannot stop the tyranny of numbers. You can not stop human beings walking on the streets. The game is not played in the boardrooms but the bedroom,” he said.

“Don’t think that you can cook numbers. If you want to sustain your tyranny take it to the bedroom, not the boardroom.”

According to Duale, the census results are a ploy to marginalize Northern Kenya region and deny them resources.

“If you have too many men who do they marry? Do they marry themselves? We want the raw data and server opened,” he added.

“Instead, we are certain that the data used was for pre-census mapping. This data is false and not fit for the purpose of use. Someone wants to create a scenario where some people will be marginalised and take our resources to certain regions,” Duale said.

The legislator said the census showed negative growth in the population of Mandera and subcounties in the region.

“This contradicts the basic rules of a population. It is not reflective of KNBS statistics in 2009 census,” he said, adding: “Does it mean that in 10 years, the number has increased with only 80,000?”

Duale also argued that the Ministry of Treasury and Planning should have conducted the Census and not the Interior ministry.

“We want to ask CS Ukur Yattani that, who was in charge of the census? The Census is the function of the Ministry of planning,” he said.

The 2019 Census results released on Monday have been disputed by leaders from other regions such as Nyamira, Kisii, Busia, Murang’a, Nyandarua.

But KNBS boss Zachary Mwangi defended the figures, saying the numbers reflect Kenyans who were in the country at the time of the count in August.