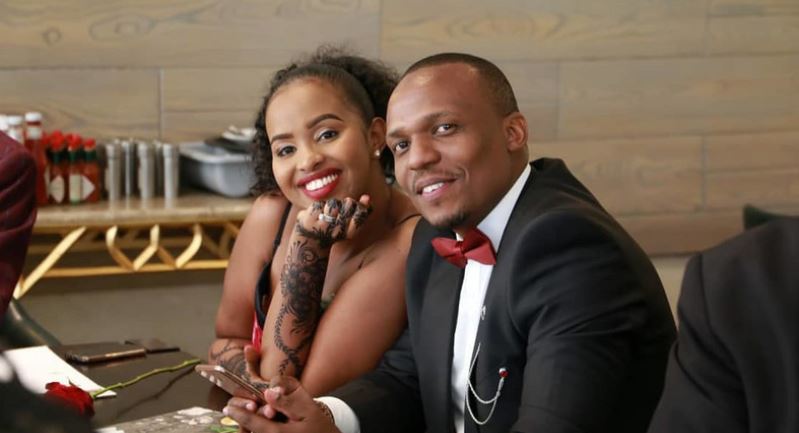 Amina Mude, the wife of television news presenter Ben Kitili, has opened up about their interfaith union.

Through a question and answer session on her Instagram page, Amina let her curious followers in on her personal life, with a majority asking about the couple’s different religious affiliations and how they make it work in their marriage.

In one of the exchanges, a presumably Muslim follower told Amina that she is the reason why she(fan) hasn’t given up on her Christian boyfriend.

“Halafu, just know that you’re the reason why I haven’t given up hope on my Chrisitan boyfriend,” wrote the IG user.

To which Amina responded with some words of advice saying couples in interfaith relationships should fight for their loved ones.

“If you find a guy loves you and adores you, fight for him. The rules of love are not cast in stone,” said the mother of two.

Check Out: ‘Insult Me all You Want But Don’t Abuse My Daughter,” Ben Kitili’s Wife Amina Mude

Amina was also asked if parents approved her relationship with Ben Kitili. She replied: “They do but it wasn’t wasn’t easy.”

In another interaction, a fan asked, “Did you find it challenging, considering Ben is a Christian and you’re Muslim?”

Amina said, “religion wasn’t an issue to me, Ben is such an awesome guy so things just clicked.”

Here are some screengrabs of Amina’s Q&A: 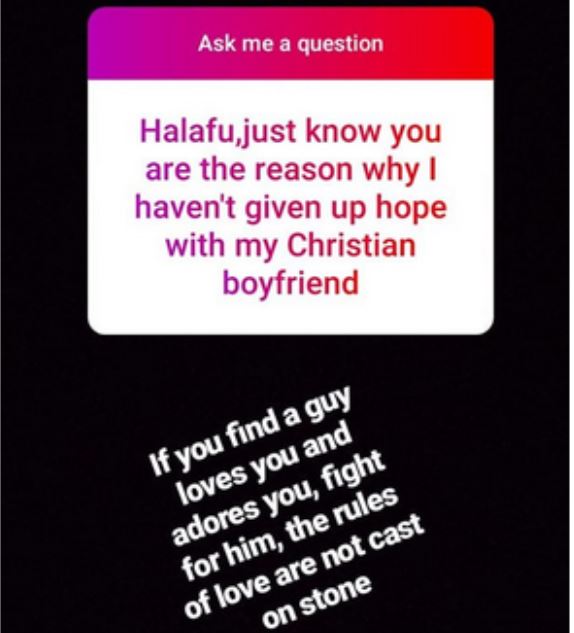 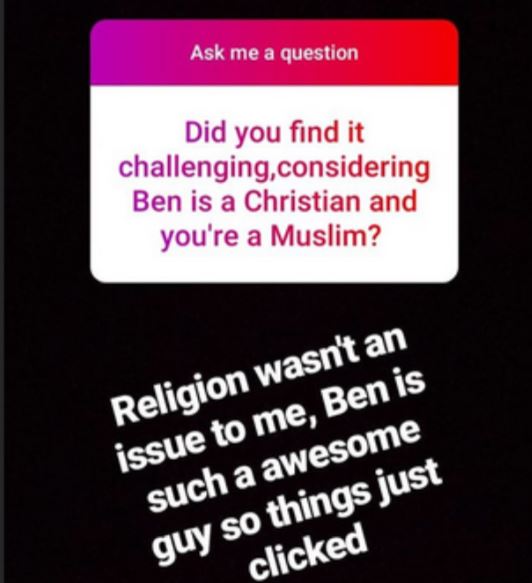 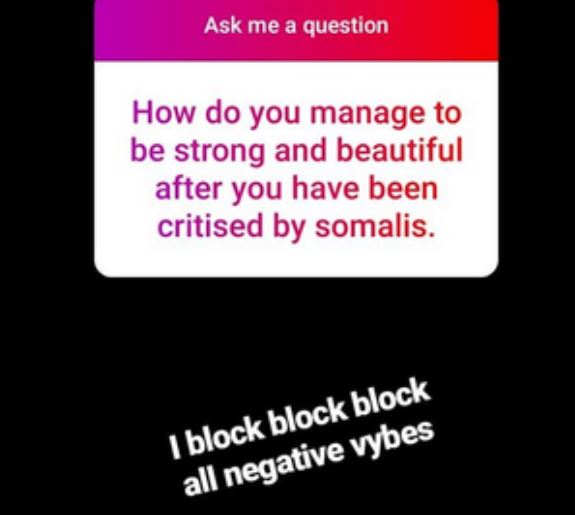 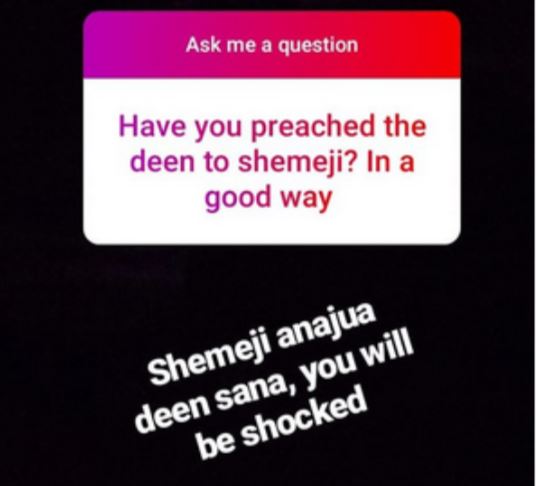 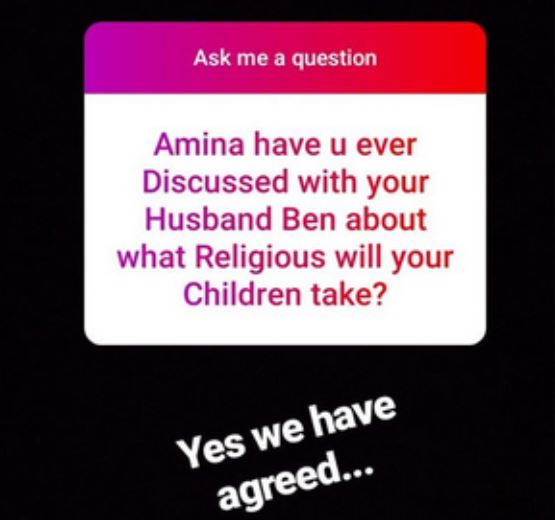 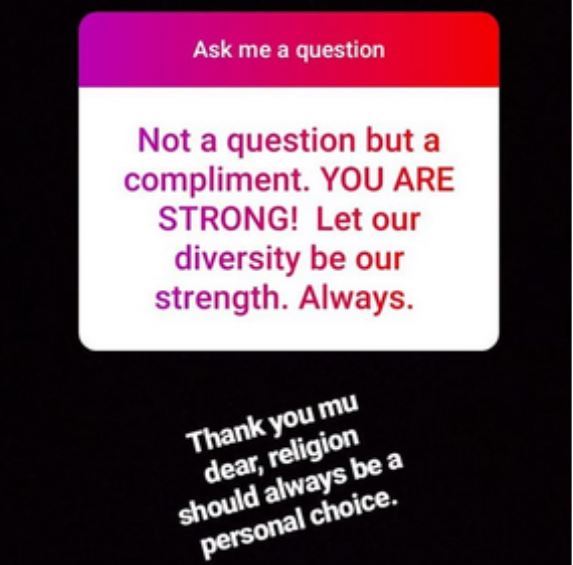 Loading...
Be Warned: Flying Drones Will Land You in Prison For 12 Months < Previous
Win For CJ Maraga As Treasury Restores Judiciary Funds Next >
Recommended stories you may like: