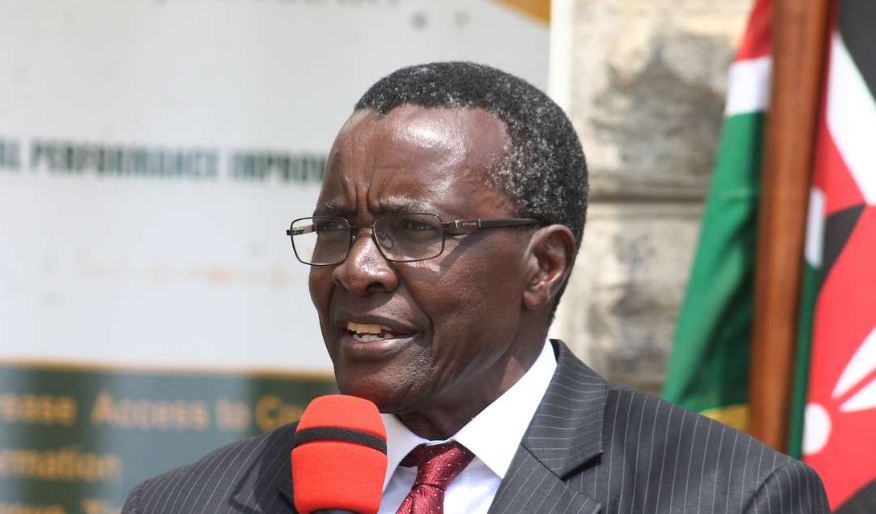 The ongoing standoff between the Executive and the Judiciary arms of government reached new heights on Monday when Chief Justice David Maraga called a presser at the Supreme Court building to lament mistreatment and disrespect by President Uhuru’s government.

In addition to the Judiciary budget cuts, Maraga complained of being disrespected and vowed not to attend some State functions unless he is treated with respect.

“Unless I am treated with the respect I deserve, I will choose state functions to attend. The CJ is not accorded the respect accorded to his office.. CSs and PSs are cleared to enter in places before the Chief Justice,” he said.

“The Judiciary has been treated and continues to be treated contemptuously… When I go to other countries I am treated very well and I wonder what happens in my own country,” said Maraga.

There was also the issue of Mercedes Benz. “The CJ has no Mercedes car, we were told its wastage yet the two Speakers of the National Assembly have them. I have a Mercedes 350, which is affordable to many while speakers of both houses have Mercedes 500,” lamented the CJ.

Maraga insisted that no single arm of the government is authorised to exercise the sovereign power of the people. He accused the Executive of trying to interfere with the affairs of the Judiciary in an attempt to control it.

“They are trying to control the Judiciary. They want to make us puppets. Government can’t not lead with impunity. It should respect court decisions,” added Maraga.

In a statement, Babu Owino said the standoff between the Judiciary and the Executive only hurts the ordinary citizen. He appealed to CJ Maraga and President Uhuru to reach a truce for the sake of Kenyans.

STATEMENT ON STAND OFF BETWEEN THE JUDICIARY AND THE EXECUTIVE

My attention is drawn to the statement made by H. E the Chief Justice and the President of the Supreme Court David K. Maraga. In this statement, the CJ brought to the surface the undercurrents in the tense relationship between the Judiciary and the Executive.

I wish to appeal to my seniors, H. E the President and H. E the CJ to exercise wisdom and sobriety for the sake of the people of Kenya. When elephants fight, it is the grass that suffers. This conflict between these two respected arms of Government can only result in hardship for ordinary citizens.

The Constitution of Kenya 2010 establishes these offices and gives them the responsibilities that they bear. No one should think that the President or the Chief Justice is where they are by accident. These offices exist not to serve individuals but to serve the people of Kenya.

I, therefore, caution all those who are hell bent on undermining this relationship for their own selfish gains. We will not stand by as you destroy this country. The Chief Justice is a senior and respected member of our society and we will protect both the institution and the individual by hook or by crook!
CJ MUST BE RESPECTED.

Loading...
Parents Raise Sh200,000 to Buy KCSE Exam Papers < Previous
The Top Stories on the Internet Today (Wednesday November 6) Next >
Recommended stories you may like: