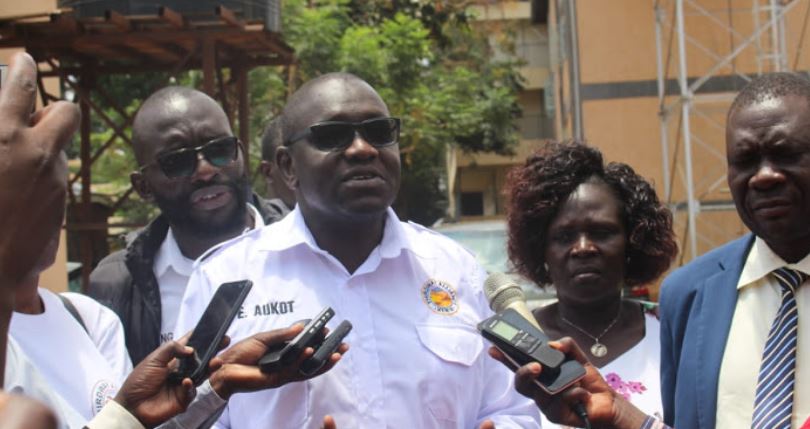 After counties rejected the Punguza Mizigo Bill last month, the Ekuru-Aukot-led Thirdway Alliance Party is preparing the next phase of the constitutional amendment initiative.

Dubbed ‘Punguza Mzigo Kenya’, the initiative will be launched in the first week of December.

Last week, Thirdway Alliance Party National Executive Council met to review proposals sent to them by Kenyans and to also deliberate on the next move.

“We are determined to save our country from the brink of collapse. Kenyans have been sending us proposals and today our NEC is meeting to review. Be ready for Punguza Mizigo Kenya,” Aukot tweeted on Wednesday, November 13.

Party secretary-general Fredrick Okango said they have been receiving proposals from the public and reports from all the 47 counties on “the supposed reason why 45 counties rejected the Punguza Mizigo Bill and why Turkana and Uasin Gishu approved”.

“We will factor in what the public wants when we come up with a final document. We are harmonising proposals to form a general suggestion on the constitutional amendment,” Okango added.

After harmonising the proposals, Okango said the party will formulate a new bill Bill but only after visiting the 47 counties to drum up support and ask Kenyans once more how they want to get involved.

“We will soon meet to set the date of the launch which should be early next month,” he told the Star.

We are soon launching the next phase of Punguza Mizigo (Constitutional Amendment) Initiative. We are determined to save our country from the brink of collapse. Kenyans have been sending us proposals and today our NEC is meeting to review. Be ready for Punguza Mizigo Kenya #PMK pic.twitter.com/I6yJNq73f4

Loading...
Homa Bay Man, 50, Commits Suicide Months After Digging Own Grave < Previous
Hilarious Posts by Kenyans on Social Media to Take Away Those Monday Blues Next >
Recommended stories you may like: