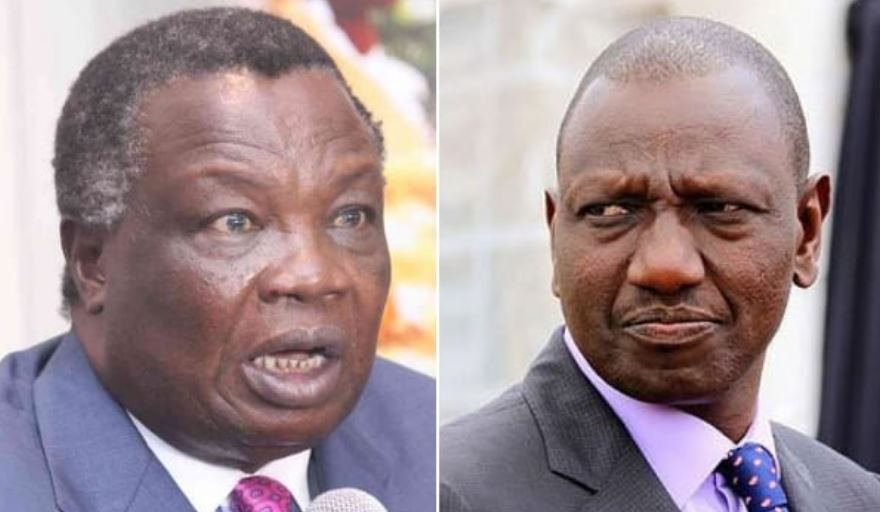 Deputy President William Ruto will not be part of the next Kenyan government, Central Organisation of Trade Unions (Cotu) Secretary-General Francis Atwoli has said.

The outspoken trade unionist revived his public attacks against the DP on Sunday at Bukhwala Seventh Day Adventist Church in Khwisero Constituency.

Atwoli told DP Ruto to stop wasting time campaigning to become president in 2022 and further challenged him to disclose the source of his huge cash donations to churches.

At the same time, Atwoli castigated political leaders from Western who are allied to the DP. The COTU boss said Luhya community would never support Ruto’s presidential bid.

“If the deputy president thinks he can win the support of the Luhya community by frequenting western region to attend church functions and making donations, he is mistaken. Some of our leaders have become cheap and are busy chasing handouts,” he said.

“This trend of handouts that has emerged among elected Luhya leaders is strange and embarrassing, Luhyas were known to be leaders and not beggars.”

“I want to tell Dr Ruto that he has no place in the next government. He should stop running around in churches and dishing out huge donations.”

“I’m going to convene another meeting at Bukhungu Stadium and draw a list of politicians who will become the next governors, senators and MPs. Those running around in western as they campaign for the deputy president have their days numbered,” added Atwoli.

According to Atwoli, DP Ruto should first disclose his source of wealth if he wants to lead the country.

“Today, I want to tell the DP that he does not stand a chance of ascending the presidency in 2022. He should first tell Kenyans the source of his wealth before dreaming of becoming the next president,” he said.