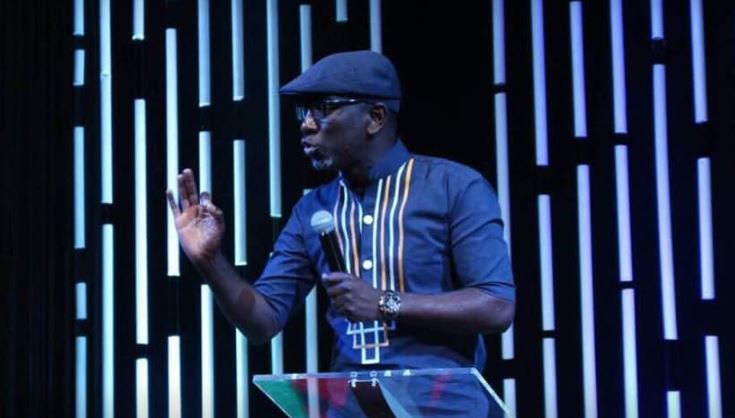 Pastor Robert Burale has recalled the moments that followed an accident in which his younger brother was hit by an ambulance.

The motivational speaker said the incident, whereby the ambulance driver sped off after hitting his brother, taught him a valuable lesson on forgiveness and love.

“While in a meeting, I receive many calls and think to myself ‘I will call back’ …but one call from my cousin Lucas Meso stood out and I answered, Lucas told me ‘Bob your brother has been hit by an ambulance and it didn’t stop but he has been taken to hospital. Rush there now’…” Burale recalled.

According to the preacher, he was filled with anger and resentment towards the driver who had left his brother ‘to die like a dog.’

Burale said when his mother called him to inform him that the driver was in police custody, he rushed to Kilimani Police station boiling with rage.

“Fast forward (next day) the driver that hit him gives himself up to the police and I receive a call from my mum (who had arrived from Bukhalalire on the material day).

“All of a sudden anger gripped me and I drove to Kilimani with my cousins Jerome Odada, Dan Jets, Isaac Chibole and when I set my eyes on the gentleman I was pissed.  I told my mum to get out of that place as it was a man-to-man issue.”

However, at that particular moment, Burale said God spoke to him and he simmered down. After having a heart to heart conversation with the driver, Burale finally forgave him.

“The first question I posed to him was ‘you mean you left my brother wounded and bleeding on the road…did you want him to die like a dog?’ And of course, I was not using a preacher’s tone or voice (zile za it is well)…I was big bro taking care of small bro…A lot went through my mind then the Holy Spirit clearly said to me ‘calm down’….and as I got to listen to the driver, compassion took over ‘I am sorry about your brother…I was rushing an 8-day-old baby to hospital.”

“I immediately felt sorry for him and prayed with him and told him I am sorry. The man was clearly in a catch 22 situation…We then talked and fellowshipped together as we brainstormed on how to raise his bail,” said Burale.