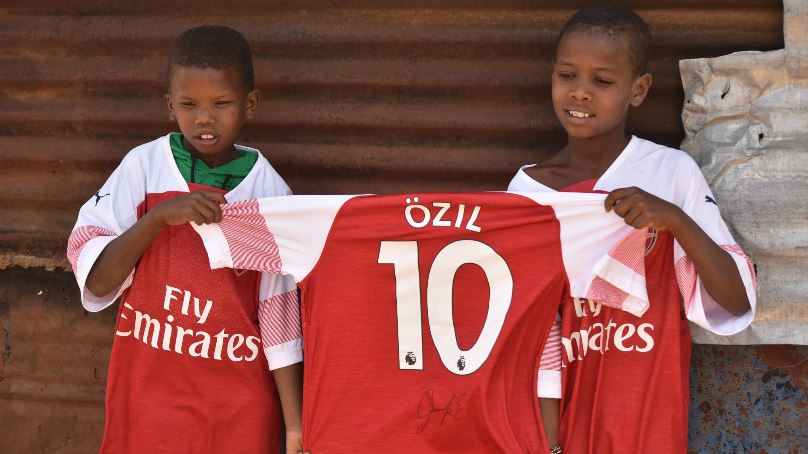 Remember Lawrence Masira, the Kenyan herdsboy who tugged at Arsenal star Mesut Ozil’s heartstrings after he was pictured wearing a self-made Gunners shirt as he guided cows through Nairobi in Kenya?

Well, the young football fan whose life completely changed after catching the attention of the Arsenal playmaker has taken another tug at the German star’s heartstrings.

The World Cup winner turned 31 years old on Tuesday, 15 October, and his Kenyan friend Lawrence Masira was among a multitude of fans who sent birthday wishes his way.

Lawrence took it a notch higher as he sang a birthday song for the superstar No10 in a video posted to Twitter by sports journalist Eric Njiru – who introduced Ozil to his Kenyan fan earlier this year.

The video shows Masira and his brother clad in the Arsenal jerseys that Mesut Ozil sent them.

“Happy birthday @MesutOzil1088 from your Kenyan friend Lawrence Masira whom you changed his life this year,” wrote Njiiru.

Happy birthday @MesutOzil1088 from your Kenyan friend Lawrence Masira whom you changed his life this year❤❤ 🇰🇪🇰🇪 pic.twitter.com/RLTCgDGeaa

Masira’s fortunes have changed for the better since Njiru photographed him herding cattle in Nairobi last December.

First, Mesut Ozil sent him Arsenal jerseys in March before sending another gift hamper of Gunners merchandise in May.

Then later in May, 12-year-old Masira was appointed the Visa Players Escort Ambassador for the Africa Cup of Nations (AFCON) tournament in Egypt.

“I’m so happy to be going for the 2019 Africa Cup of Nation, it’s a dream come true for me. I love playing football and to have a chance to be in Egypt is just an amazing experience. I will be happy to see our Harambee Stars play against Egypt because I like watching Mohamed Salah. My other favourite player is Ozil of Arsenal,” said Masira.

Days before the continental tournament, Masira received a teeth whitening makeover courtesy of doctor Dr Arnold Malit of Lavington Green Dental Suite who volunteered to do composite masking on his teeth for free to make sure he was ‘all smiles’ in Egypt.

Another of Masira’s dream came true when he walked out of the tunnel at the 30,000-seater Al-Salam Stadium in Cairo as a child mascot for Tunisia vs Madagascar. 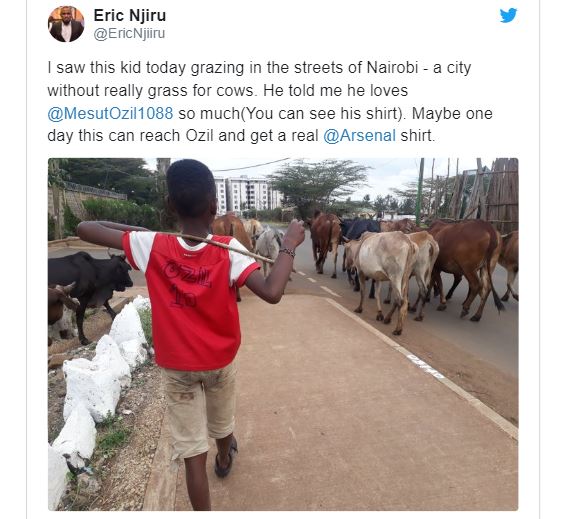 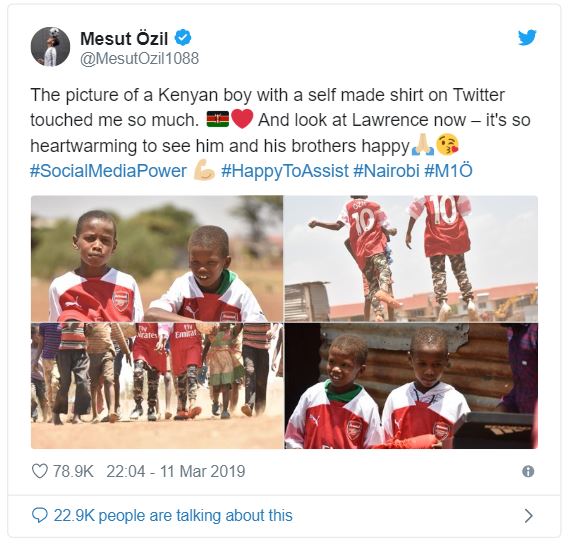 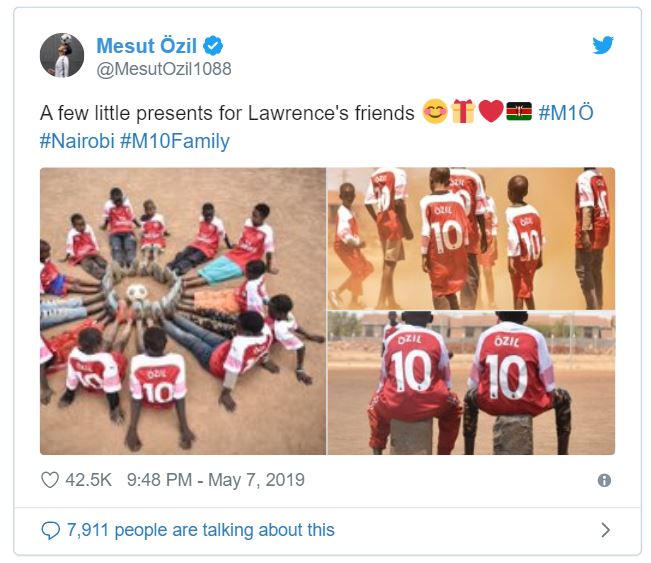 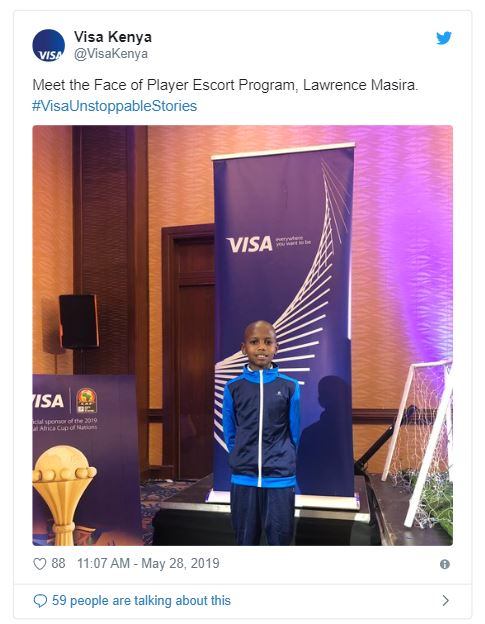 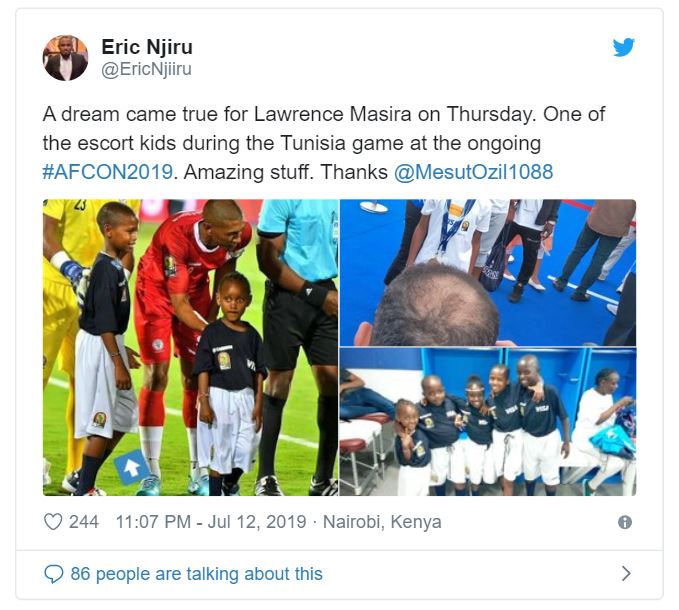 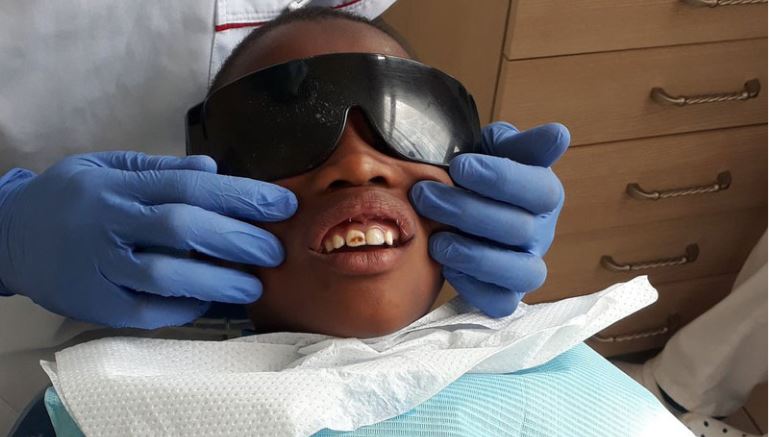 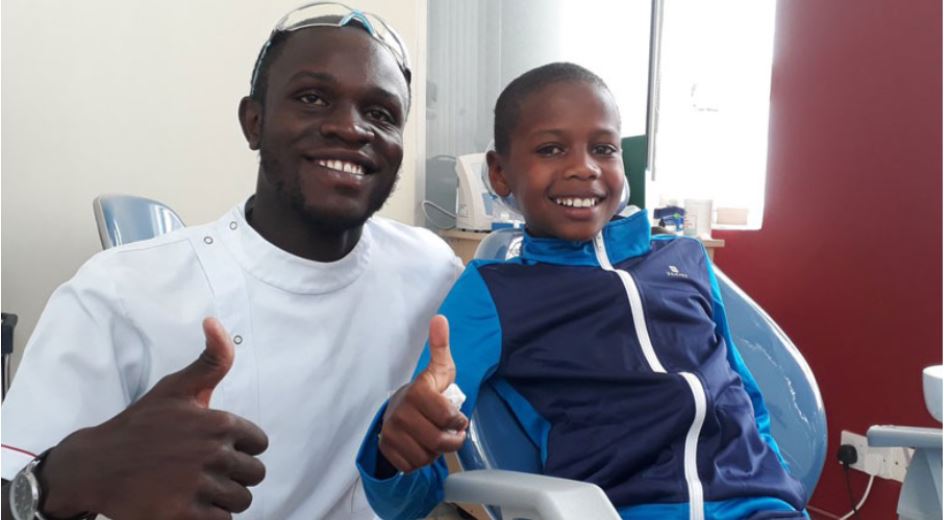