Things to Know About ‘Parte after Parte’ Hitmaker BigTril 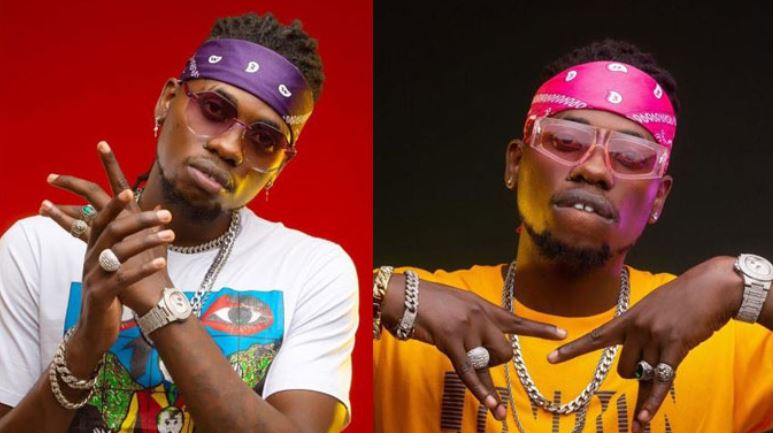 ‘Parte after parte’, a song by Ugandan musician Big Tril, is arguably Kenya’s party anthem of the year. The banger is also the 29-year-old’s breakthrough song, having drawn inspiration from a video of preacher.

Big Tril, real name Rowland Kaiza, spoke about the club banger and the possibility of getting a Kenyan wife.

Tell us about yourself?

My name is BigTril. It’s an acronym for “Born in Greatness To Rise into a Legend”. I’m a 6’4 tall rapper from Uganda. I was in high school in Turkish Light Academy then joined Makerere University for a year before doing music. I was a very smart student.

How long have you been in the industry?

I started out in 2011 with a crew called Baboon Forest Entertainment but I am now signed to Strike Entertainment, a Nigerian label based in Uganda. I’ve had hits down here but they didn’t cross to Kenya. In 2012 I had a banger called Push Harder, Pretty Girls in 2015, Bad Gyal Ting in 2016, Giddem and many others.

Were they as big as Parte after Parte?

Is it as popular in Uganda as it is in Kenya?

It’s big, it’s crazy. Then it poured over into Kenya especially because of the four-day Nyege Nyege festival that a lot of Kenyans attended and I performed. It was only two weeks old then and it instantly became the Nyege Nyege anthem. It just went crazy after that and here we are.

What was the inspiration behind Parte after Parte?

I was in my studio making the best, right? But then I had no vibe, so I stop playing the beat, go on IG, then I find this video of this prominent pastor called Martin Ssempa from 2010 making rounds.

He was having a heated argument with an LGBT rights activist and complained about how the youth only care about the glamorous life of partying day after day; “party, after party”.

So I just put my phone down, played the beat and just repeated “Parte after Parte” and it mashed. It’s ironic that he was preaching against partying and now his voice is the number 1 party song in Uganda!

Would you want to work with a Kenyan artiste, say for a remix? If so, who?

I have had a couple of African artistes approach me from as far as Nigeria, South Africa, all premium artistes. But honestly, Kenyans have a vibe; I’m a big fan of Madtraxx and the crew, I’m a big fan of Sauti Sol as well as Khaligraph Jones.

I know some Kenyan artistes who can ‘kill’ the remix but I’ll see who to put on. I am also thinking of coming to Kenya hopefully for a media tour or a show soon.

What’s your genre of music and specifically for Parte after Parte?

I don’t belong to any genre, that’s putting labels on art. I believe art is formless and the best way to express yourself. I’ve always been a rapper but now I produce my own music. I produced Parte after Parte myself.

Since I started production, I don’t want to box myself into any genre. I’m a vibes creator- as long as it’s a vibe and I can imagine it, then I can create it.

Right now I’m single. Kenyan girls are fine. Of course, I’d be interested in a Kenyan girl. The ones I’ve been seeing on social media are fire, the likes of Huddah. Maybe when I come down in Kenya, y’all will get me a Kenyan wife.

Are there any future projects we should look forward to?

I’m looking to work with a few Kenyan artistes that I like because I’ve been seeing the Kenyan music scene. There are songs that are big here like Wamlambez. We don’t know what it means but they told us its hella provocative. Another big one is Figa.

Loading...
KCPE Candidate Dies after being Beaten by her Guardian for Returning Home Late < Previous
Hilarious Posts by Kenyans on Social Media to Take Away Those Blues Next >
Recommended stories you may like: