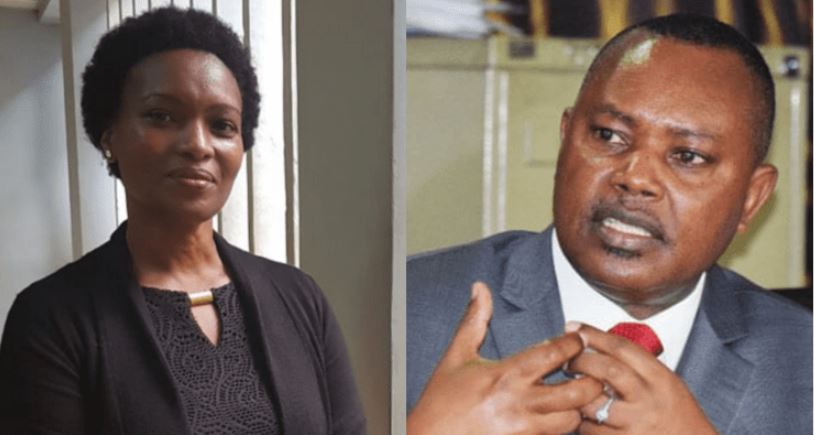 Widow of slain Dutch billionaire Tob Cohen, Sarah Wairimu, has turned the tables on the office of Director of Public Prosecutions and Director of Criminal Investigations George Kinoti over alleged contempt of court.

Sarah, who is a suspect in the murder of her husband, filed an application at the High Court on Tuesday accusing the two agencies of disobeying a court order that barred all parties in the case from addressing the media.

Through lawyer Philip Murgor, Ms Wairimu claims the DCI in a series of tweets posted on 18th September purported to give an unsolicited and uninformed opinion which assumes her guilt, in total disregard of Justice Jessie Lessit’s order issued on September 16.

Wairimu further accuses the Office of the Director of Public Prosecutions of providing information published by a local daily as well as a Dutch Newspaper on 30th September with respect to the ongoing investigations of the case.

“The DCI and Kinoti, knowing well that there was no iota of evidence directly or indirectly linking the applicant to the murder of her husband, continued to prosecute their trumped up case against the applicant through the print and electronic media by going into a frenzy of malicious and unsubstantiated allegations, unsolicited commentaries, uninformed opinions all calculated to depict the applicant as a cold-hearted originator, facilitator and executor of her husband’s initial disappearance and subsequent murder,” lawyer Murgor submitted.

“Kinoti in particular disregarded the court order and inferred the guilt of Sarah when he talked about the case in a different local paper.”

Sarah claims that Owiti published an article on his Facebook page disguised as an academic post while implying she’s guilty.

The court said Wairimu’s application will be heard on October 30.