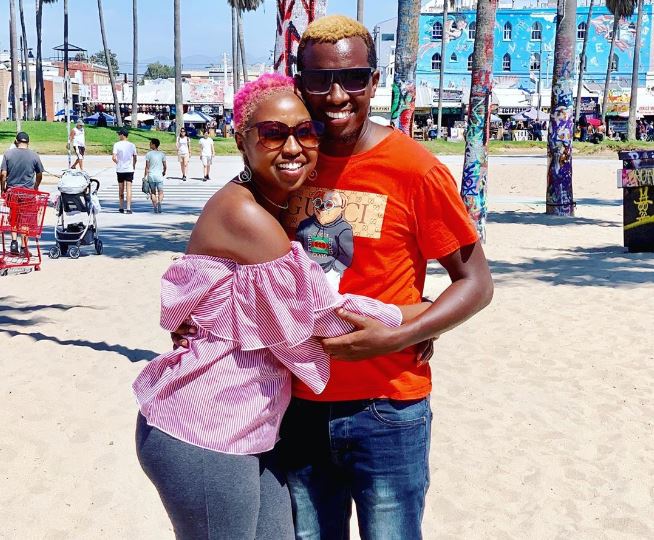 Fans of Vivian and Sam West will have to wait a little longer to see the music couple finally exchange their vows.

The songbird and her manager fiance were set to walk down the aisle later this year but they have now announced a postponement following the passing of Sam West’s father.

Sam West has also dismissed rumours going round that they are not together anymore.

“There is no misunderstanding, we are just trying to do it the right way,” he said.

“I lost my dad and we had to restrategize things a little bit. A wedding is more of a family thing, so we didn’t want to do the funeral then do the wedding. We needed to let the family calm down first and then we start involving people for the wedding. That’s why we slowed things down.”

Sam West and Vivian, who held a traditional wedding last year, have pushed the white wedding to early next year.

“Early next year, we are doing the white wedding. Fans should be assured that we are doing it. It needs to be done well and we would like it to be in the spirit of excellence. A wedding is a ceremony to crown the marriage and if it’s not well done, it represents your marriage. It is a communal thing,” he told Word Is.

On her part, Vivian acknowledged that they have disagreements. “I try to live a real life. People come from different backgrounds and having disagreements is normal,” she said.

They are set to launch a project called “Dominate” next month.

“In November, Vivian and I are doing an event together to do with relationships and marriages. We are creating an open space for people to talk and be vulnerable to each other,” Sam said.

The two were in the US for about twomonths and say it has been an eye-opening experience.

“We noticed the challenges people in the US are facing and we are now able to see Kenya from a global perspective. We learnt so many other things about why people do what they do. We are telling people that they came to earth for a reason because they are not a biological experiment,” Sam said.

“We want people to be open because we will also be inviting other celebrities. Sometimes you may never see yourself unless someone who comes from another culture sees you in another angle.”

Loading...
How Mambo Mbotela Outwitted a Conman < Previous
Why Kamene Goro Chose to be Single Next >
Recommended stories you may like: