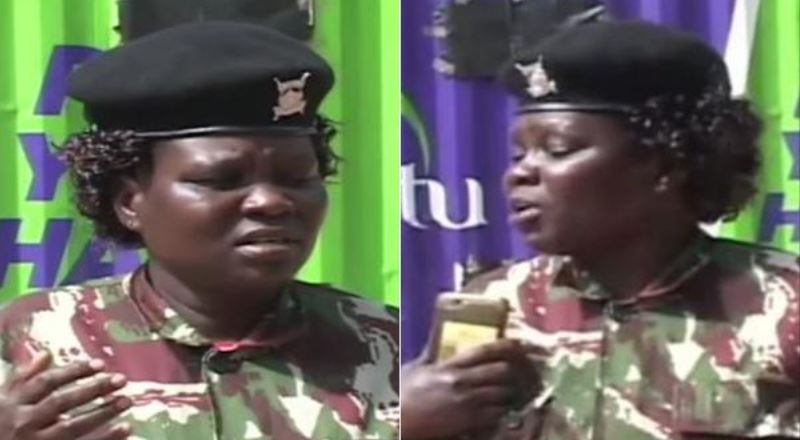 An Administration Police officer who was caught on camera protesting against being frustrated by her seniors has escaped disciplinary action.

Jane Asimizi is expected to resume duty after a two-week compulsory leave imposed by Inspector General of Police Hillary Mutyambai on Friday, October 18.

On Tuesday, National Police Service Commission (NPSC) chair Eliud Kinuthia said Asimizi will not be dismissed from service as the commission looks into her grievances.

Mr Kinuthia said the commission will respond accordingly to the officer’s plight.

“The officer has not been fired and will not be fired. She seemed to have been troubled psychologically at the time and that is why she was told to take some time off, maybe two weeks then we will look into her concerns,” he said.

On Thursday, October 17, Jane Asimizi, stationed in Kakamega County, called for a press conference accusing her seniors of frustrating her by deliberately assigning her duties without allowances. She claimed that her bosses were mistreating her and that her grievances had been ignored.

While sending her on compulsory leave, IG Mutyambai also ordered that she undergoes a psychiatric evaluation. The police boss also faulted the officer for lacking professionalism in her fight for justice.

Loading...
Date Set for Hearing of Sharon Otieno Murder Case, 30 Witnesses Lined Up Against Okoth Obado < Previous
Show Respect for Mzee Moi – Oscar Sudi Lashes Out at Media as Former President is Admitted in Hospital Next >
Recommended stories you may like: