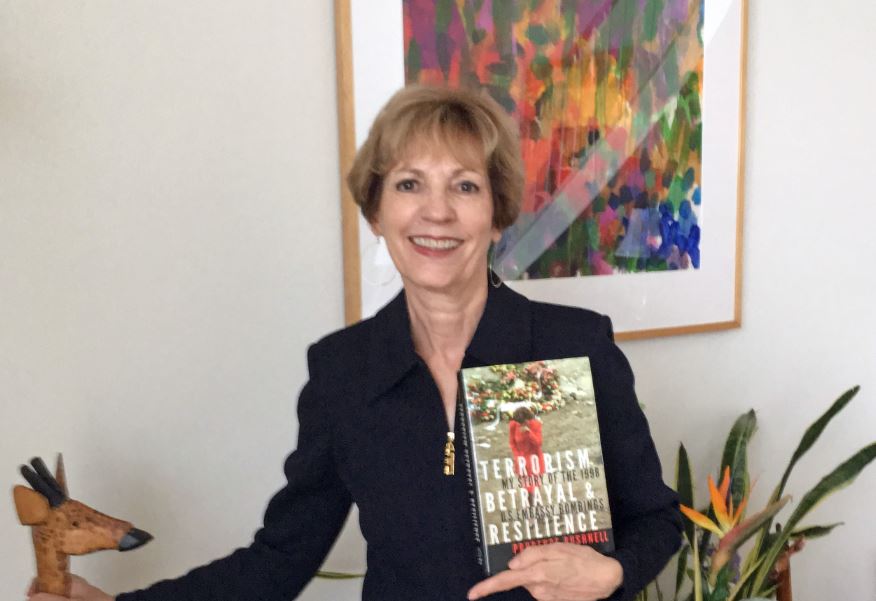 Prudence Bushnell was the American ambassador to Kenya when the 1998 United States embassy bombings in Nairobi happened.

On the material day, August 7, 1998, Amb. Bushnell had an important meeting with the then Trade Minister Joseph Kamotho at the Cooperative Bank Building, next to the embassy.

The meeting, as it turned out, saved her from the epi-center of the explosion that left 46 of her Embassy co-workers dead.

21 years later, 73-year-old Prudence is retired and has documented her experience with the 1998 embassy bombings in the book, “Terrorism, Betrayal, and Resilience: My Story of the 1998 U.S. Embassy Bombings”.

Amb Prudence talked to Sunday Magazine about what she has been up to, her reflections of that fateful day and the lessons life has taught her.

Here are some interview excerpts:

Psychologists say that the mind is designed to protect us from traumatic experiences by suppressing the bad memories. What are some of the memories that remain as clear as day over two decades later?

I will never forget the experience of descending endless stairs as a part of a cohesive community of wounded people who were almost literally glued and bleeding together. Twice in the first hour after the bombing I thought I was going to die, a sensation that stays with me.

You say that before you wrote your book, you waited for others to write the full account of what really happened. Why the hesitation to write it yourself?

Three reasons. The first one is perspective. I did not want to write an angry book and the more I learned from the research my husband Richard did, the greater the awareness of betrayal became. The second reason is pain. I had lived the event, spoken about it, testified in a court of law about it, written articles about it, given legal depositions about it and I did not want to spend any more time considering it. The third is craft. I wanted to tell a good story about complicated history and violent circumstances, which meant writing well and editing a lot.

Prior to the bombing, you had noted security concerns with the location of the embassy and reported it numerous times to your superiors. And at one point you were asked to quit the nagging. Did anyone come back to you much later and apologise for not acting when you raised the matter?

No. No one came and apologised to me.

Do you think your concerns would have been taken seriously if you were a man?

I will never know and I have stopped asking myself that question. Earlier in your career, you had warned the US government about the escalating violence in Rwanda and made recommendations that would have probably deescalated the genocide.

Do you think that you have a finely tuned instinct for such things or is it as a result of years of service in matters diplomacy?

Diplomats are trained to be skillful observers and painstaking reporters. I was smart enough to listen to embassy teams, ask questions of government and community leaders, come to judgment about important facts and pass on insights.

How often is your instinct right? And do you always trust your gut feeling?

Yes, I have relied on instinct without regret. Research now shows that human bodies have direct links between gut and brain. I found out that the more I listened to my inner self on personal issues, the more confidence I gained to respect my intuition as a leader and diplomat.

After the bombings, the media depicted you as a damsel in distress, and an emotional woman who had written, prior to the incident, an emotional letter with your concerns to the US State Department. Do you think that depiction hurt your career later?

I was known in the Department as someone who was tough. Events in Nairobi only deepened that impression, so, no, I do not think the stereotypical portrayal of a female ambassador as damsel in distress ever registered enough to hurt my career.

You have been vocal about the failings of the US government leading up to the bombing. Have you suffered any blowback from speaking out?

How would you say that the bombing changed you, in the way you view life and the world?

“Take care of your people and the rest will take care of itself.” These words, the words of a mentor came into my brain within hours of the bombing and stayed with me as a leadership practice. Do the right thing.  Speak out and persevere in doing the right thing even if you fail.

How long did writing the book take?

It took me 10 years, primarily during the winter. First, Richard and I did the research. Then we created time-lines of Al-Qaeda and US law enforcement activities, identified and tracked key characters, and explored the context in which events in various parts of the world were taking place simultaneously.  Then I began to write and edit – a lot. Meanwhile, I was living life: giving public talks about leadership, founding the Levitt Leadership Institute at Hamilton College, Clinton, New York., going on trips, interacting with friends and family and learning the craft of knitting.

Why did you strongly feel that this was a story worth telling?

I was a member of a community that suffered and overcame tragedy through “harambee,” resilience, and courage. Too many people died and too many people’s lives were transformed on August 7 by an act of violence that had become barely a footnote in the 9/11 history of the world.  I had the means, time, research partner and motivation to go on record and did so.

Out of all your life’s experiences, what is the one (or two) thing(s) you could say you know for sure about life?

Make it two things. One, that family and community are key to resilience and courage and that Integrity is key to good leadership.

If you had a chance to address Kenyans today, especially those affected by the bombings, what would you say to them?

I have not forgotten you. You will remain in my heart, soul and cell memory.

Would you say that you are healed from the experience?

I am not healed of the sorrow or some of the traumatic impact of the bombing but I have learned to incorporate what happened into my life and to allow time and community to help. I found EMDR (Eye Movement Desensitisation and Reprocessing) to be effective in treating some of my symptoms of post-traumatic stress. 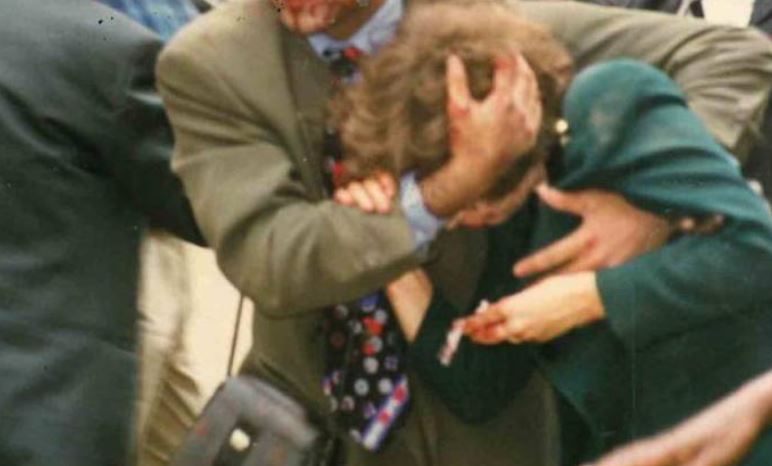 What influenced your departure from Kenya only 10 months after the bombing?

I had a three-year posting, which is the norm. My tour was ending on schedule and I had been assigned as US ambassador to Guatemala.

Kenyans, especially those affected by the bombings have largely felt ignored by the US and to date, some families have never recovered. They claim that no compensation was made and it is like the incident was wished away. Why do you think that is?

The U.S. congress and government moved swiftly past our crisis and later found itself consumed for years in a war on terrorism. Like others, I have not been compensated and, unfortunately, I do not have an answer to your question.

Have you visited Kenya since you left as an ambassador? If yes, how was that experience?

Richard and I visited the Peace Park when it was inaugurated in August 2001. It was an odd experience because the land on which the embassy stood looked so very different.  I was happy to see a bit of greenery in the downtown area, however, and greatly appreciate the efforts to create and maintain the park. I visited once more in 2007 and we felt a sense of peace within the park and appreciated the museum activities. Kenya holds many more positive memories than simply the bombing, I am happy to say.

How do you think the world could conquer terrorism?

I am not sure we will ever eradicate the use of terrorism as a tactic.  We can, however, take a long- term approach to diminishing the appeal of hate groups.  To do that, however, we need alternates to the traditional tools of “hard” or “soft” power.  I have begun to promote a concept of Strategic. Moral. Achievable. Reliable. Transformative (S.M.A.R.T.) approaches to evaluate past events and consider current challenges.  I am also collecting examples from history which include Liberian women’s successful mass action for peace in 2003 and Wangari Maathai’s Green Belt Movement.

Now that you are retired from active duty, is this everything you always hoped for?

Richard and I are enjoying a meaningful life. I continue to speak publicly, mentor women and engage academic audiences in discussions of leadership and foreign affairs.  A typical day at home includes time for walks and exercise, time for work (preparing power points presentations and talking points), time for interaction, time for knitting and time for fun. I belong to a book club, an art of aging group and continue to travel. We are lucky to enjoy good health and many friendships.

I deeply regret the bombing and its aftermath but recognise that I have no control over many events.  In my own life, I have been intentional about my decisions with a view to avoiding regrets. So far, so good.

When it is all said and done, how would you like to be remembered?

I would like to be remembered as a woman who built and walked over bridges to promote peace and understanding.

Loading...
The Trending Images this Tuesday < Previous
“Well Done Sweetie,” Jacque Maribe to Itumbi over Head of State Commendation Next >
Recommended stories you may like: