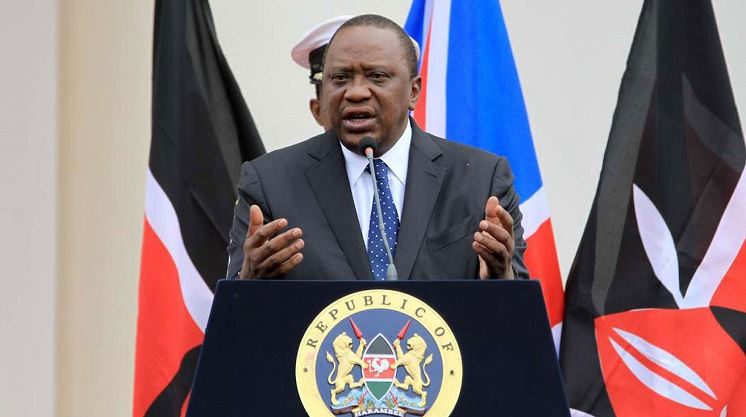 President Uhuru Kenyatta has finally done what a majority of the Kenyan public has been asking; he has sacked all members of the Kenya Ferry Services board.

In a special gazette notice dated October 16, the Head of State revoked the appointment of Dan Mwazo as Chairman of the Kenya Ferry Services board and Daula Omar, Naima Amir, Philip Ndolo, Rosina Nasigha Mruttu as members.

“IN EXERCISE of the powers conferred by section 7 (3) of the State Corporations Act, I, Uhuru Kenyatta, President and Commander-in-Chief of the Defence Forces of the Republic of Kenya, revokes the appointments of Dan Mwazo, Daula Omar, Naima Amir, Philip Ndolo, Rosina Nasigha Mruttu, as Non-Executive Chairperson and members of the Kenya Ferry Services Limited, with effect from the 16th October, 2019,” the notice reads.

Uhuru’s decree follows the tragic deaths of Mariam Kighenda and her four-year-old daughter Amanda at the Likoni Ferry Channel on September 29. Their car slipped off the MV Harambee ferry and sunk in the Indian Ocean with their bodies being retrieved 13 days later.

The family of the deceased has revealed plans to sue the Kenya Ferry Services, even as the agency on Tuesday issued two cheques worth Sh100,000 each to widower John Wambua and the late Kighenda’s father, Peter Mwaghogho Mwanyasi.

Directorate of Criminal Investigations detectives on Sunday begun investigations into what caused the incident.

A post-mortem conducted on the bodies of the deceased found that they died out of suffocation.

Loading...
All that’s Trending This Friday < Previous
NTSA to Suspend Driving Licenses of Offenders in Bid to Restore Sanity on Kenyan Roads Next >
Recommended stories you may like: