PHOTOS of the Silverstone Air Crash at Wilson Airport

On Friday morning, a Silverstone Air plane headed to Mombasa skidded off the runway at Wilson Airport as it was attempting a take off.

The aircraft plunged into mud and a thicket, causing minor but still significant damage to the aircraft. Images on social media showed the plane stuck in mud, with the door open for passengers to get out. 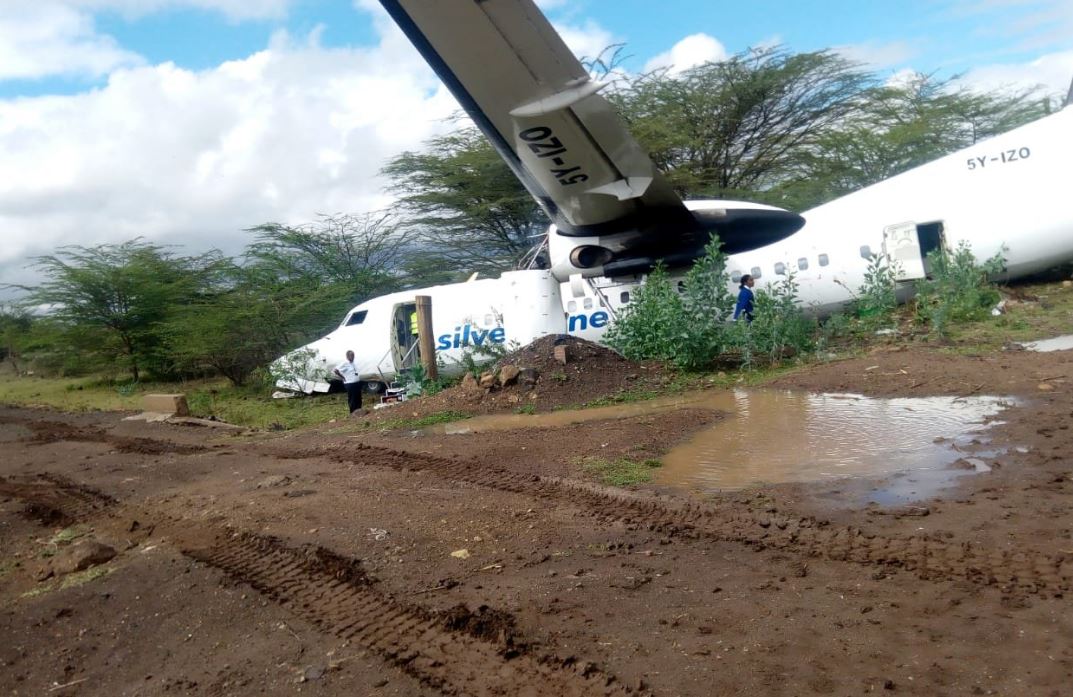 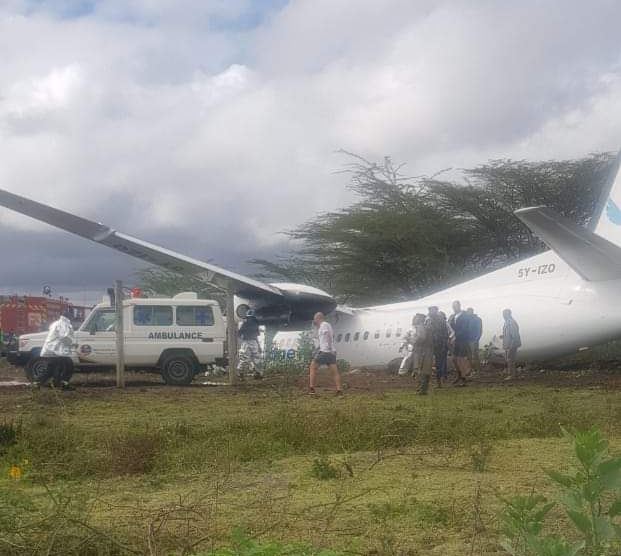 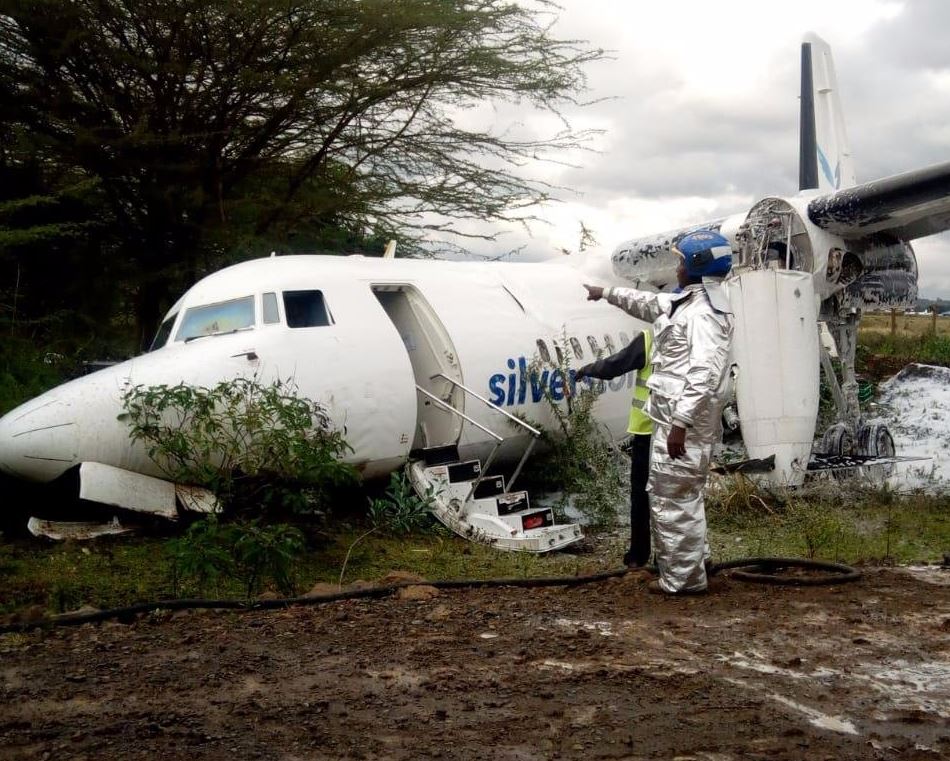 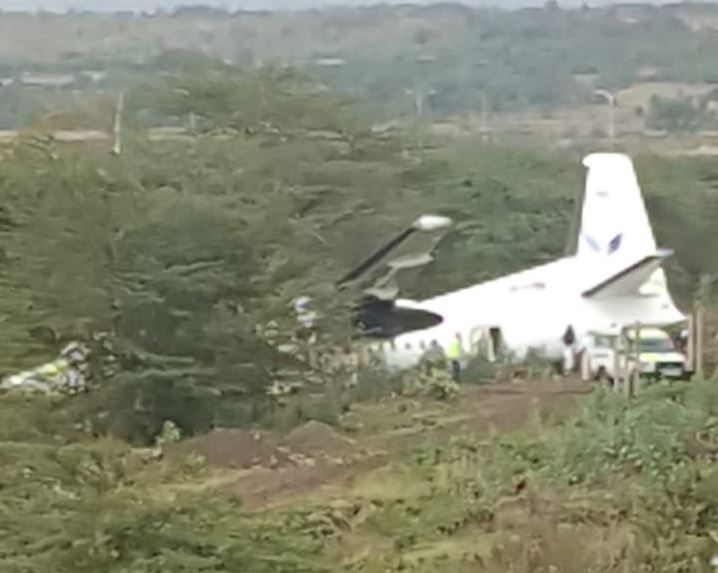 It is unclear what caused the accident, but a passenger said that they were just about to take off when the pilot noticed ‘some issues’.

Passengers suffered minor bruises and injuries, with no report of a any major injury. This is Silverstone’s first accident.

The airline confirmed the incident with this statement. 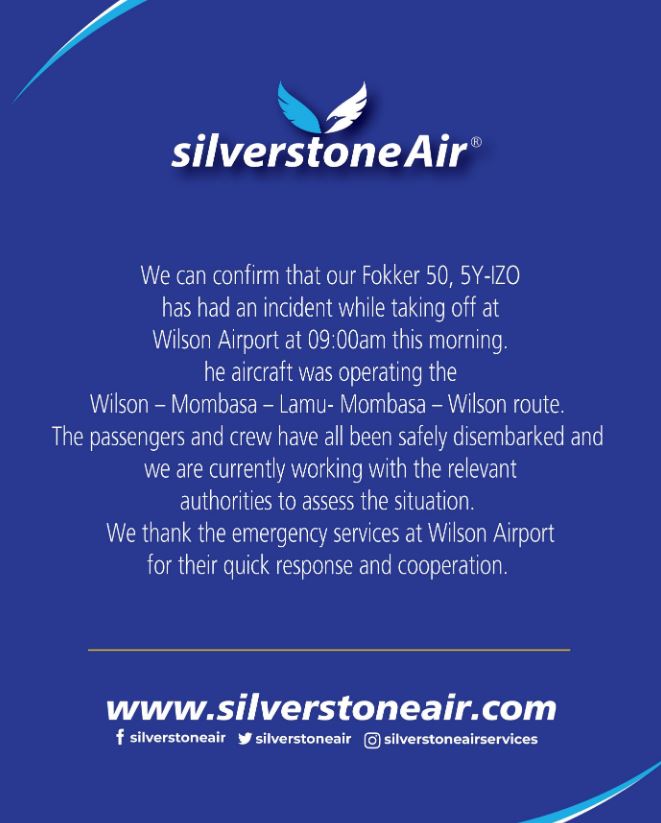 Loading...
DP Ruto Off to Vienna to Cheer Eliud Kipchoge in INEOS 1:59 Challenge < Previous
Car Finally Retrieved from the Likoni Channel Next >
Recommended stories you may like: