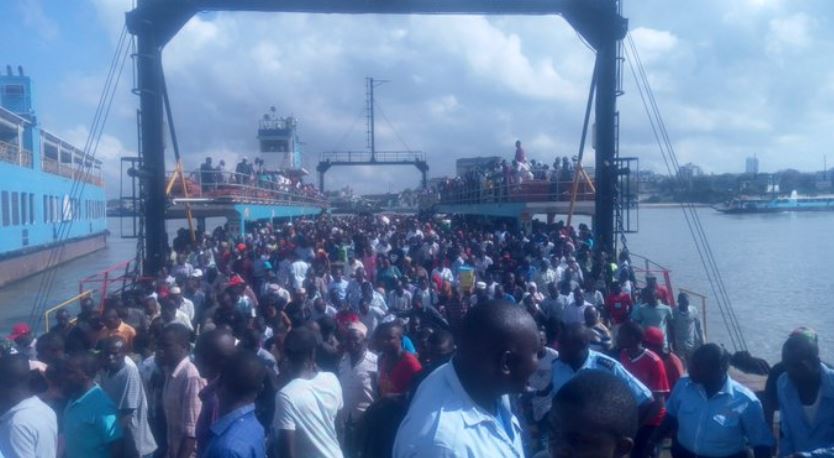 A man’s mobile phone burst into flames on the MV Harambee ferry in Likoni on Tuesday causing a momentary scare.

In a statement on Tuesday, the Kenya Ferry Services said the morning incident occurred when the passenger tried to open the phone’s cover. No serious injuries were reported during the 9.00 am incident.

The man is said to have sustained minor injuries despite throwing the phone in the Indian ocean.

“At 0900hrs on board Mv Harambee, a male passenger’s faulty phone battery burst into flames as he opened its cover, our staff & Police onboard responded. Police investigations are ongoing,” Kenya Ferry services said via Twitter.

This comes as a Senate report found that the five ferries operated by the Kenya Ferry Services potential deathtraps.

The report that followed investigations into the tragic deaths of Mariam Kighenda and her daughter Amanda stated that MV Kwale, MV Nyayo, MV Kilindini, MV Harambee and MV Likoni ferries are dysfunctional and unseaworthy.

Loading...
Akothee, Zari Gang Up Against Trolls Over Singer’s Make Up Fail < Previous
KCPE Candidate Develops Labour Pains During Maths Test Next >
Recommended stories you may like: