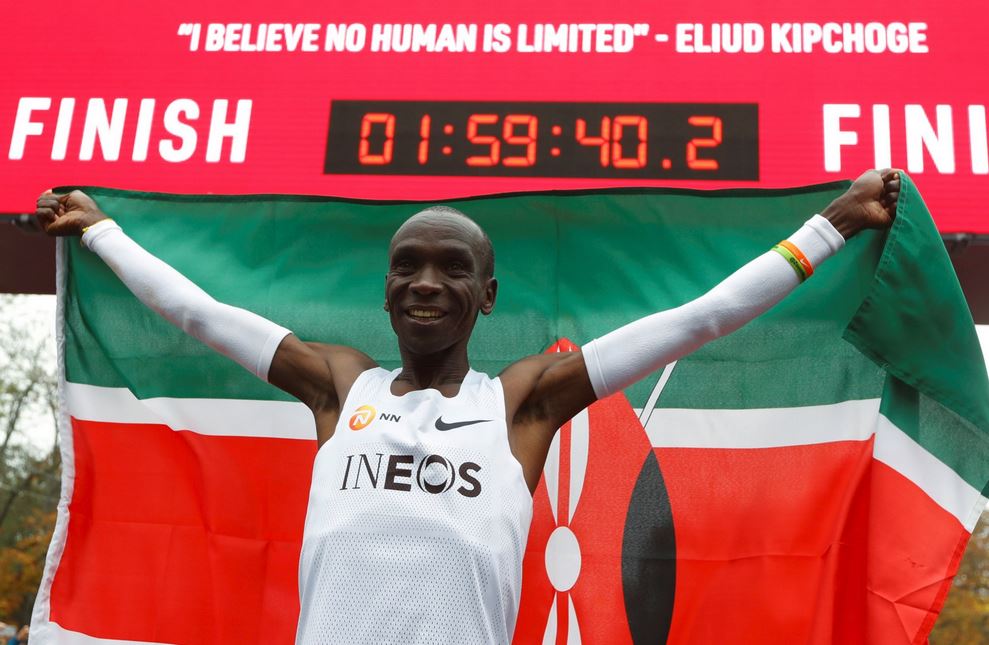 At exactly 11:15 am Kenya time on Saturday, Eliud Kipchoge became the first human in recorded history to complete a marathon in under 2 hours. It was an incredible feat of human endurance, aided by technology.

It was not cheap, and they reportedly spent over $25 million on road resurfacing alone.

When you include all the marketing, organisation, prize money, and other aspects of the race, we are talking about a very expensive one hour and 59 minutes.

That said, the marketing value INEOS extracted from this single event will probably be worth a lot more moving forward.

Indeed, the company is really investing in sports including the purchase of British professional cycling team TEAM SKY, which is now TEAM INEOS.

The billionaire has also been rumored to be interested in buying Chelsea FC from Russian Roman Abramovich. He is said to be looking at a buying price of £2.5bn.

Ratcliffe is UK’s richest person, having amassed a net worth of £21.05 billion. So, buying a major football club would not be that difficult for him.

Back to the race, Kipchoge captured the imagination of the whole world, receiving congratulations and recognition from unlikely quarters.

Former Manchester United defender Rio Ferdinand was one of the first to tweet about the race, writing, ‘‘Unreal Scenes… @EliudKipchoge”

TV personality Piers Morgan was also quite impressed. He made a number of Tweets on Kipchoge’s achievement.

”BOOM! History is made – the first ever sub-2hr marathon. Congratulations ⁦@EliudKipchoge⁩, a truly remarkable achievement,” his first read.

BOOM! History is made – the first ever sub-2hr marathon. Congratulations ⁦@EliudKipchoge⁩, a truly remarkable achievement. 🔥🔥 pic.twitter.com/8K7aqmDfiP

So, @EliudKipchoge's average speed over one hour, 59 minutes & 40 seconds today was faster than I can sprint – flat out! – for 10 seconds.
I may not be exactly @usainbolt – but that's INSANE. pic.twitter.com/szWAUuWPMF

English actor Alistair Petrie then tried to put that in perspective.

Get on a running machine and set it at 2.50 mins per km. Put in on ‘20’ setting. Any regular human will last seconds if able to get up to that speed at all. #Kipchoge https://t.co/GnjwYfKJl8

And so was South Africa’s President Cyril Ramaphosa.

Africa writes history once again as Kenyan long-distance runner @EliudKipchoge becomes the first person to run a marathon in under 2 hours, demonstrating our determination & resilience as a people. With this level of passion & commitment, there is no limit to what we can achieve. pic.twitter.com/5HrCJCGbve

”Unreal effort, takes some people longer to….. make a VAR decision,” he tweeted.

Kenyan-born British cyclist Chris Froome did not only tweet about it, he was on the ground in Vienna.

Football clubs Tottenham and AS Roma also joined the action.

Entrepreneur Tyler Winklevoss, famous for suing Mark Zuckerberg for stealing the Facebook idea from his twin brother and him, was also watching.

Eliud Kipchoge just did for running what crypto is doing to money. Breaking barriers! 🚀 https://t.co/KkFRmfUSQR

Fantasy Premier League was also in on the action.

Remember, #FPL is a marathon not a sprint 😉 https://t.co/0zMbybzYA6

While Kipchoge’s record is not an official one, since this was not a competitive marathon, he still goes into the Guinness Book of World Records.

And to show just how big of an achievement it was, here are the Sunday editions of major UK newspapers. 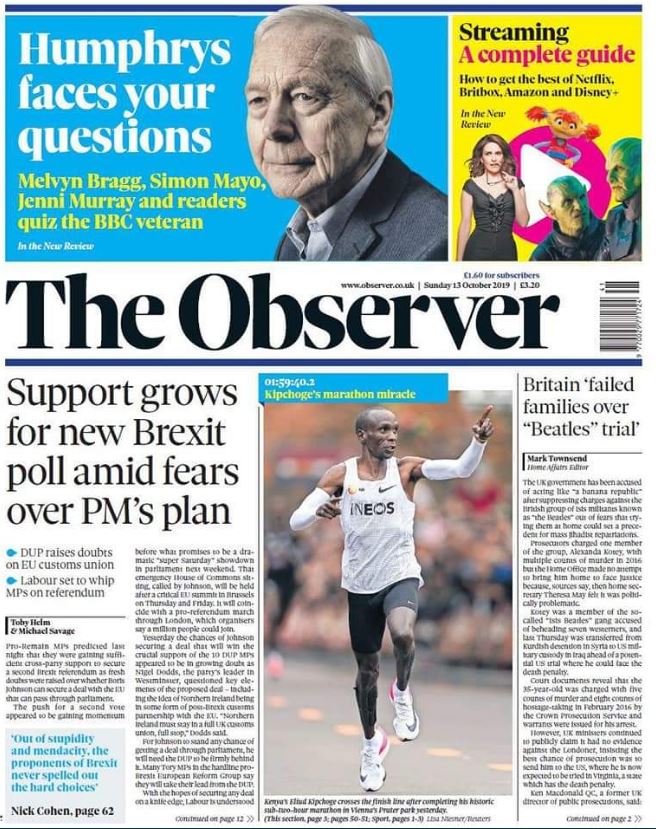 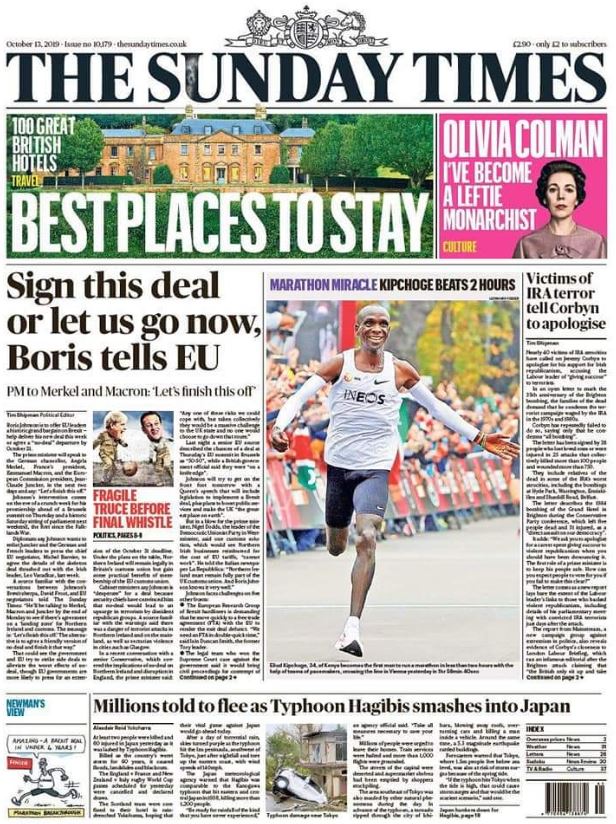 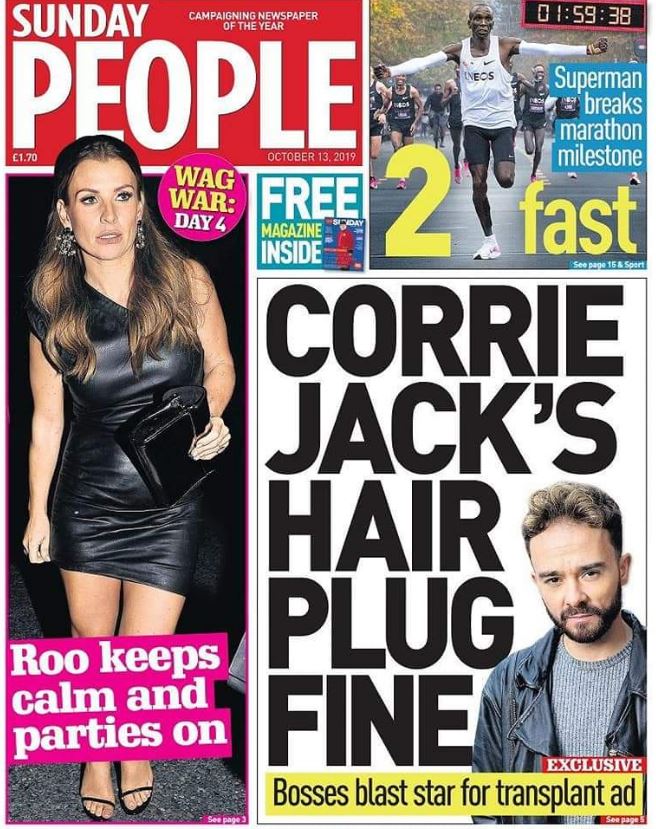 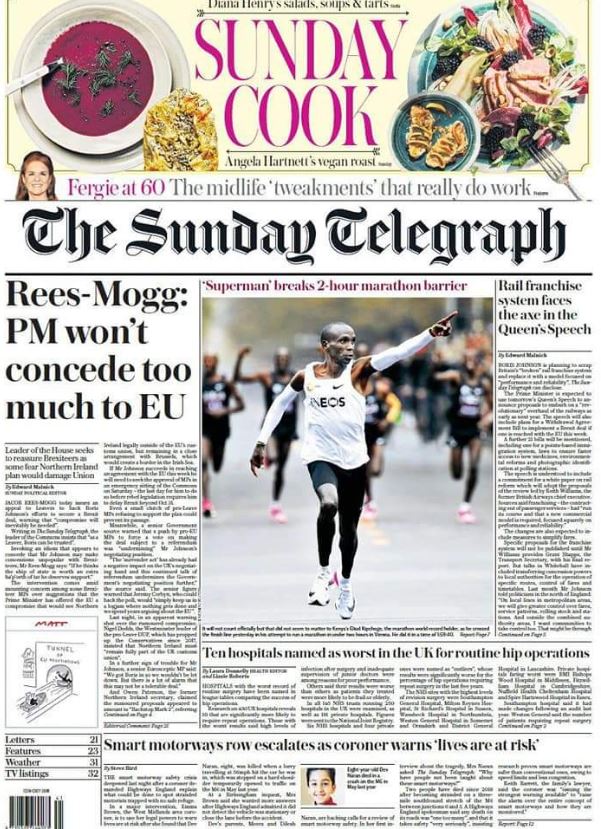 Kipchoge’s achievement will go down in history, and now we await and see how he will be feted by his own country.

Loading...
You Don’t Stand a Chance of Becoming President – Atwoli tells DP Ruto < Previous
The Top Stories on the Internet Today (Tuesday October 15) Next >
Recommended stories you may like: