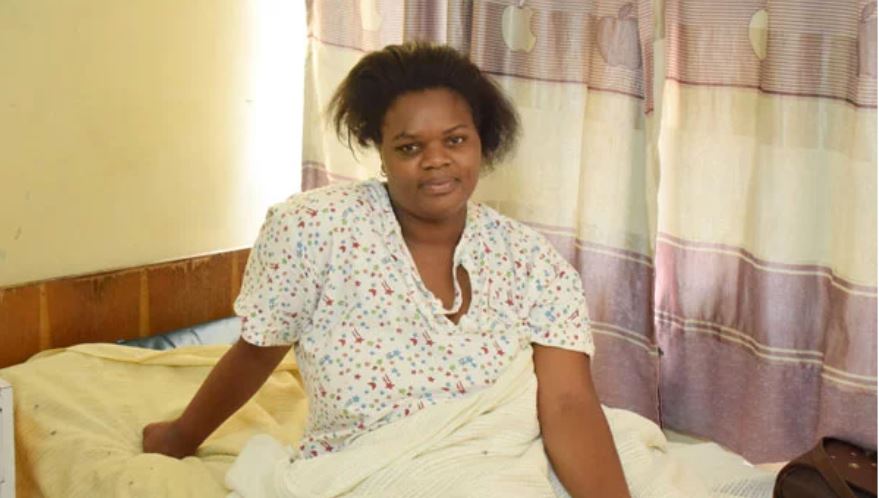 A woman who was brutally attacked by her husband in a domestic quarrel earlier this year has forgiven her attacker.

Peninah Wangechi was stabbed 17 times by her husband Mr Samuel Ndirangu on the night of April 9 this year in Karatina, Nyeri County. Speaking from Karatina Sub County Hospital following the attack, Ms Wangechi said that her husband waited until she fell asleep before attacking her.

She sustained 17 stab wounds on her back, chest and face before her husband took off leaving her for dead.

Mr Ndirangu would later present himself at Karatina Police Station where he was detained while Ms Wangechi was admitted to Karatina Hospital in critical condition.

Five months later, Ms Wangechi has withdrawn assault charges against her husband saying she has forgiven him.

On Monday, she made a request before Principal Magistrate Alice Mwangi at the Karatina Law Courts to have charges against Mr Ndirangu withdrawn.

“I have not been coerced. I have decided to forgive him and let the matter go,” Ms Wangechi told the court.

Asked if she had been threatened or compelled to withdraw the case, the victim of domestic violence insisted that she wanted the charges dropped out of her own free will.

She also told the court that they were still living apart.

Loading...
How Raila Will Win 2022 Battle against DP Ruto – Mutahi Ngunyi Reveals < Previous
The Top Stories on the Internet Today (Wednesday October 2) Next >
Recommended stories you may like: