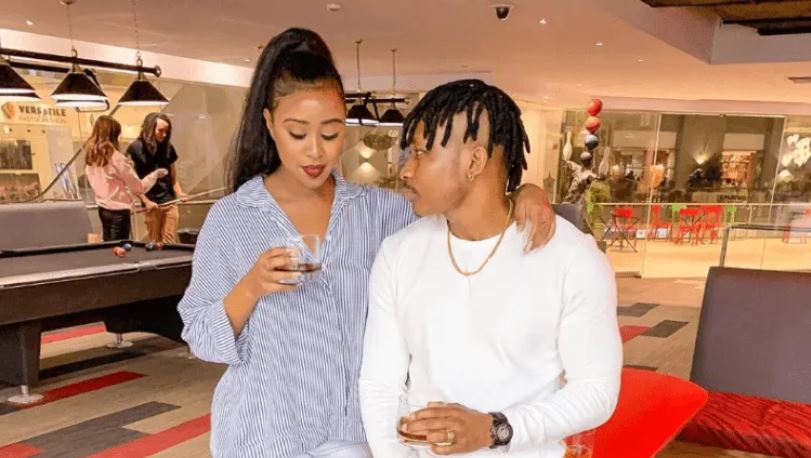 The most predictable musician in the Kenyan music industry Otile Brown and his flame Nabayet still got mad love for each other.

Late last month, Otile Brown predictably dedicated a song to Nabbi after they had predictably broken up over the singer’s alleged cheating ways.

Then on the Ethiopian beauty’s birthday on Sunday, Otile Brown stepped up his charm offensive as he took to Instagram to pen a sweet message, gushing about Nabayet.

“I remember when we first met in Australia after months of talking on phone for hours every day without getting bored, you pulled up on me in a black biker short, a big ass 2pac black Tshirt ( which is mine nowadays and yeezys sneakers..with no make up on, no nothing you wasn’t trying hard to impress and that is when I knew you was gonna be my headache, coz that’s my type of cool. You never ask for anything from me -you’re the type that like to give and never takes and sometimes it’s annoying. LISTEN – Relationships aren’t easy and the more serious it gets sometimes, the more terrifying it becomes coz we’re young and stupidly cursed but I’m ready to risk it all for your fine ass… Happiest birthday @nabbi__ ila ndo ivo. I’ll make sure I have something special for your fine ass when we link InshaAllah!” Otile’s post reads.

The singer’s efforts appeared to bear fruit almost immediately as Nabbi commented on the post declaring her love for Otile.

And because the lovebirds have been taking their fans for a publicity ride, it remains unclear why they allegedly broke up. In his supposed apology song, Otile brown suggested that ladies misjudge him as Nabayet said it would take more than a song to heal and rekindle her heart.

“…love is not a game, heartbreak is no joke. It’s going to take a lot more than a song to heal and rekindle. My heart will always beat for him but unfortunately, life has brought us here. I appreciate the effort, I really do. It takes one hell of a man to put aside pride and apologise. Maybe one day we will cross paths again. OB I am forever grateful for you. I will always be praying for your success and wishing you all the best in life,” wrote Nabbi.

Loading...
The Top Stories on the Internet Today (Tuesday October 8) < Previous
“We are Friends with Benefits,” Tiwa Savage on Relationship with Wizkid Next >
Recommended stories you may like: