My Story – Living With Deadly Clot in my Veins 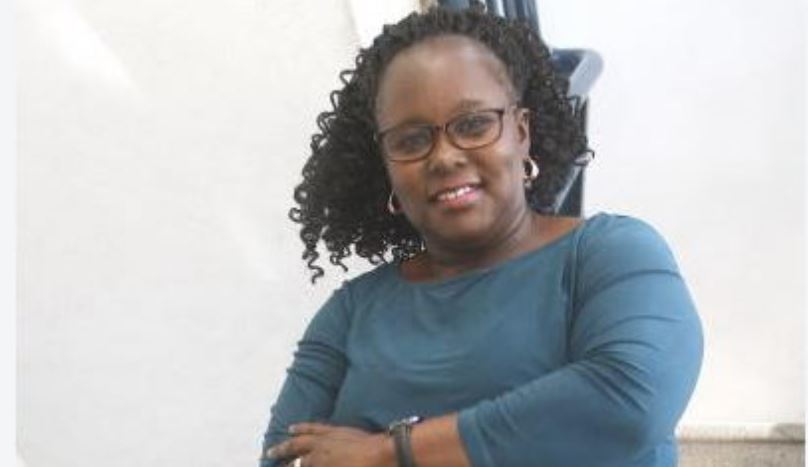 Agnes Khamisi knew something was wrong when her left leg started swelling up in 2014.

After a couple of misdiagnoses – whereby she was often given a clean bill of health, Ms Khamisi’s worst fears were confirmed when she was diagnosed with thrombosis, the formation of a blood clot within a blood vessel preventing the normal flow of blood through the circulatory system.

She tells her story, courtesy of SDE.

My left leg started swelling around the calf area in November 2014. It was painful when I walked and the pain would intensify when I went to bed. The leg felt was warm to the touch. I took painkillers and massaged the leg using coconut oil. But this didn’t help and as the days went by, it became difficult for me to walk.

Being a nurse and medical trainer, these signs got me worried and I started thinking of possible causes of the pain. I ruled out fatigue and kidney complications because the swelling and pain was only on one leg. Then it hit me I could be having a clot. However, I needed a doctor to confirm my worries.

I went to a Nairobi hospital where a doctor told me there was nothing to worry about. That the swelling and pain was a result of wearing high heeled shoes. This puzzled me because I don’t wear high heels. Again, why just one leg and not both? After I insisted on getting proper tests, the medics ran an ultrasound on my left leg and said there was nothing in it. I would have insisted that he runs the tests on both legs but tired of arguing, I went home and continued taking painkillers to manage the pain.

A month later, the pain intensified. I had also developed severe pain in my chest. I drove myself to a hospital in the neighborhood where a chest x-ray, an electrocardiogram and an array of other physical examinations revealed that I was developing pneumonia. I wasn’t convinced with the doctor’s conclusion because I was certain that I didn’t have symptoms of pneumonia. I was given antibiotics and I was able to sleep well for the first time in days. With my leg still swollen and painful, I resumed my daily hospital visits and numerous work-related flights.

One day while at work in South Africa, I felt cold. A severe kind of cold that you feel to your bones. I felt lightheaded and highly fatigued and for a moment, I lost concentration. These attacks happened a number of times thereafter. Another day as I was on a hospital visit, I ran out of breath and couldn’t go up a flight of stairs. I was sweating profusely. Then I passed out inside a ward. I was rushed to Aga Khan Hospital where tests revealed that I had a very low amount of oxygen in my blood. This was caused by a clot in my veins. They said that the clots had prevented flow of blood to my lungs, a condition they referred to as thrombosis. One lung allowed only 10 per cent blood flow while the other lung was completely obstructed. This explained my fatigue, pain, swelling and shortness of breath. Doctors said traveling a lot and sitting in the same spot for hours daily could have caused my condition. Later, they said it was a miracle I was alive. I was bitter that the doctors had refused to pick the thrombosis early enough.

I was quickly put on a drug to break down the clots in my veins. The drug could have devastating effects and requires one to sign a consent form before it is administered. Since it is designed to break down clots, it can also break down any other clots on wounds in your body, even the brain causing bleed outs. This can cause death. I was also given blood thinner jabs to make my blood flow easily. I stayed in ICU for six days. Doctors conducted echo in my heart chambers every day to monitor my blood flow and my blood pressure. I was glad that my health insurance covered the Sh700, 000 the hospital charged.

I was on oral medication for another two years to prevent further clots. After treatment, there is always a 50 per cent chance the clots may form again. This has been my greatest fear. I wouldn’t want to go through a similar experience. My worst experience was losing memory. It was the most difficult thing my family had to deal with and it almost cost me my job.

Today, I have adjusted my lifestyle to prevent clots from developing in my veins. While travelling, I keep moving around and while seated in my chair, I try to move my limbs. I ensure that I am well-hydrated throughout the day to prevent my blood from getting too thick. I also put on high compression stockings to prevent blood from accumulating in my legs. I never used to walk but nowadays I walk 5 kilometres on some weekdays and do 10 kilometres every Saturday to stay fit. I also go for tests twice every year to have my blood flow monitored.

Loading...
How Much I Make per Day Selling Smokies and Boiled Eggs < Previous
Things to Know About Waithera Gaitho, Alternatives Africa Founder Next >
Recommended stories you may like: