MP Timothy Wanyonyi Recalls Shooting Ordeal: “I Thought I was not Going to Make it” 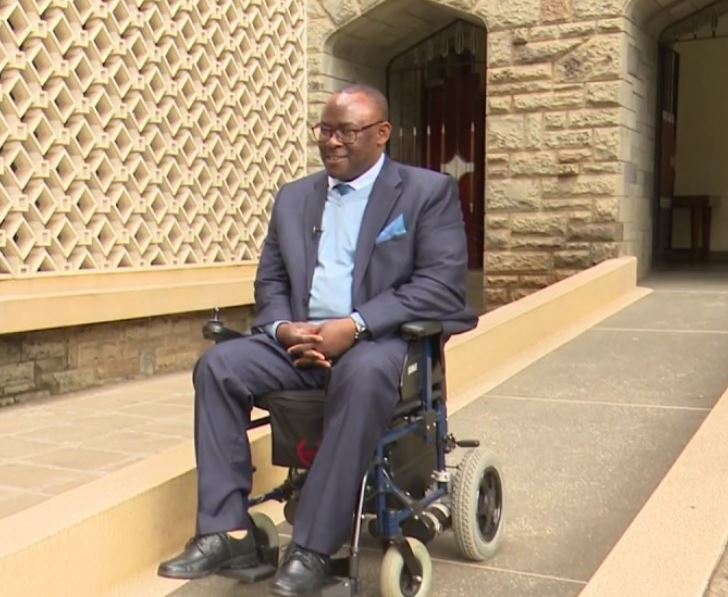 Westlands member of Parliament Timothy Wanyonyi has recalled a carjacking incident about 21 years ago that left him confined to a wheelchair.

The MP was fresh out of law school and was working for his brother Bungoma Senator Moses Wetangula at his law firm Wetangula and Company Advocates.

“I had a young family, my children had just celebrated their first birthday, and my wife was not working. I was very new in the career, out of college saying when I get out there I want to be A, B, C, D I want to be like so and so,” said Timothy during an interview on Citizen TV.

He painfully recalled the carjacking ordeal saying; “I heard someone shouting, shoot him. Something hit me in the back and all of a sudden I completely lost myself, I fell down. I tried to stand up, I couldn’t. They put me on a pickup truck and rushed me to Aga Khan Hospital that very night.

“That was the longest distance I have ever traveled in my life despite Ngara and Agha Khan being just a kilometer apart. It was so painful, it was like I was not going to make it,” he said.

The lawmaker said he didn’t think his injury was serious and was hoping to be discharged after surgery. However, the doctor informed him that he had a permanent spinal cord injury and may not be able to walk again.

After being discharged, Timothy said he resumed work but was frustrated as he was not assigned any work for nearly a year.

“In the office where I was working, they withdrew all my clients and files. I went to the office just to sit there. For more than a year I was in that office doing absolutely nothing. Later on when I confronted my employer who was my brother, I told him I don’t like what is going on and he told me you know I’m trying to protect you. He said they didn’t want to stress me.”

The MP also took out frustration on his wife and tried to push her away but she stuck by him.

“In the beginning, I was very hostile. I resented her. I wanted to push her away but she kept on encouraging me. She would say no you’ll be fine and all manner of things. She never even at one point showed any discouragement but I know she was suffering,” he said.

“She was actually the source of strength for me, even when I came back.”

Things, however, started looking up for Timothy after he went abroad for counseling and rehabilitation.

He started his own law firm, Tim Wanyonyi and company Advocates Commissioner for oaths, and went on to become a member of parliament.

Wanyonyi now has his eyes on the Nairobi gubernatorial seat in the next election.

Loading...
Ex-Convict who Defiled Daughter Claims he was Exorcising ‘Strange Snake’ < Previous
“Betting does not Create Wealth” – Kanini Kega Welcomes SportPesa, Betin Exit Next >
Recommended stories you may like: