Miguna Speaks on Reports of Secret Meeting With DP Ruto 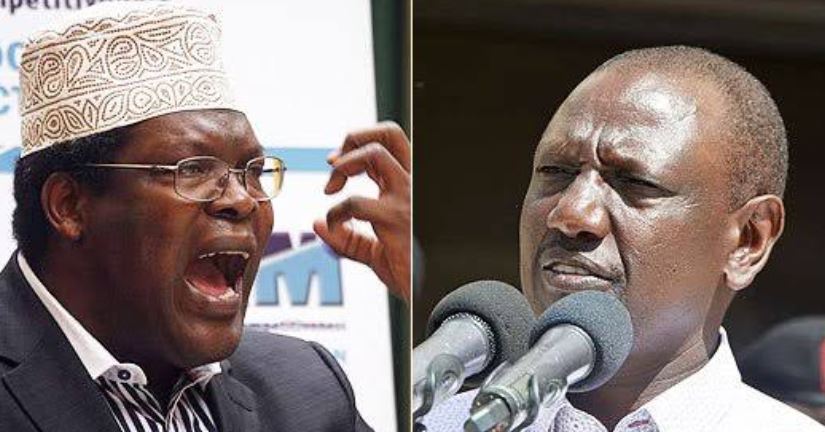 Miguna however accused President Uhuru Kenyatta and Raila Odinga of using their lieutenants to spread false information about him.

“The despots and their conmen have panicked badly. I have seen their zombies and their sycophants trying to scandalize my name. They claim, fantastically, that I traveled to Viena, Austria and met with the Deputy Despot and agreed to help him defeat the BBI and the handchi*th,” said Miguna.

The political activist explained that he has never been to Austria and that he last met DP Ruto seven years ago.

“One, I have never traveled to Austria. Two, the last time I met William Ruto was in 2012 and I was with Raphael Tuju who wanted to stand as a presidential candidate under Party of Action (POA). I was trying to help Tuju negotiate an arrangement with potential candidates. Since then, I have never met him, texted, or communicated with him and any of his lieutenants,” Miguna said.

The lawyer asserted that he would continue with his struggle for justice without making any compromise with his alleged detractors. Miguna also called on his supporters to reject the BBI report.

Loading...
I Can’t Risk My Life for a Country I Have Given Up On – David Ndii on Being a Corruption Whistleblower < Previous
Relief for Kilimani Residents as Court Orders Closure of Noisy Clubs Next >
Recommended stories you may like: