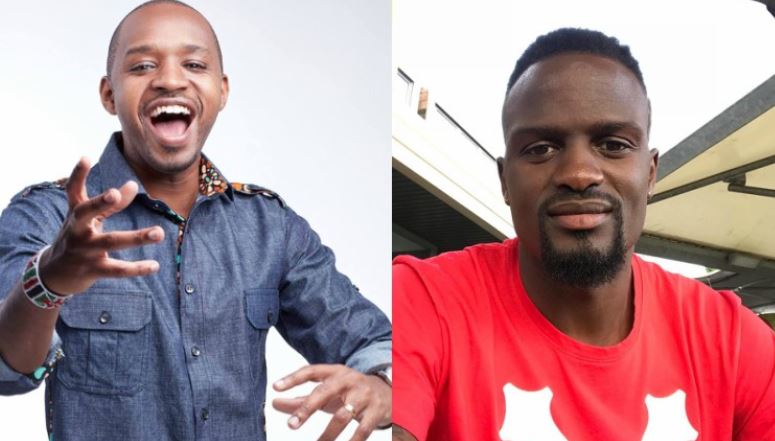 Activist Boniface Mwangi has reiterated that Jubilee’s candidate in Kibra by-election McDonald Mariga is not the man for the job.

According to the photojournalist, Jubilee nominated the former footballer for two reasons.

“Our government is playing a very bad game. The reason why Jubilee chose Mariga is because he’s Luhya and an ex-footballer. They are going for popularity, yet he lacks the substance and depth to be a member of Parliament. He lied about his age among other things,” Mwangi said.

According to Boni, the country’s level of leadership is a joke as evidenced by Mariga’s nomination.

“The level of leadership in this country has gone too low. What does Mariga represent and stand for?”

“The kind of leaders we’re electing are a joke and you can see the quality of debate Parliament has gone very low. Gone are the days of Anyang Nyong’o, Martha Karua, James Orengo, Paul Muite, the somber minds, who debated on important issues,” he told the Star.

The Ukweli Party leader further expressed his disappointment with youthful leaders who were elected during the last elections.

“They are a big disappointment. The only young leader who did something that made us proud was Ken Okoth. He did an amazing job but for any other person who was elected, I haven’t seen anything solid they’ve done. Ni kelele tuu,” he said.

“She stands a chance to lead the people of Kibra but people are focused more on Raila Odinga and [DP William] Ruto’s parties. They go for colour, flamboyancy instead of focusing on the depth and substance and that’s how voters end up electing bad leaders,” he said.

“It’s a sad thing that we’re going for popularity and decorated socialites instead of going for substance.”

Mwangi,  who failed in his bid to become Starehe MP, said he will be on the ballot in the 2022 General Election.

Loading...
The Trending Pics in Nairobi this Wednesday < Previous
City Man in Court after Insulting his Mother, “Stupid Prostitute” Next >
Recommended stories you may like: