Man Slashes 6-month Pregnant Wife, Dumps her in Forest Thinking she was Dead 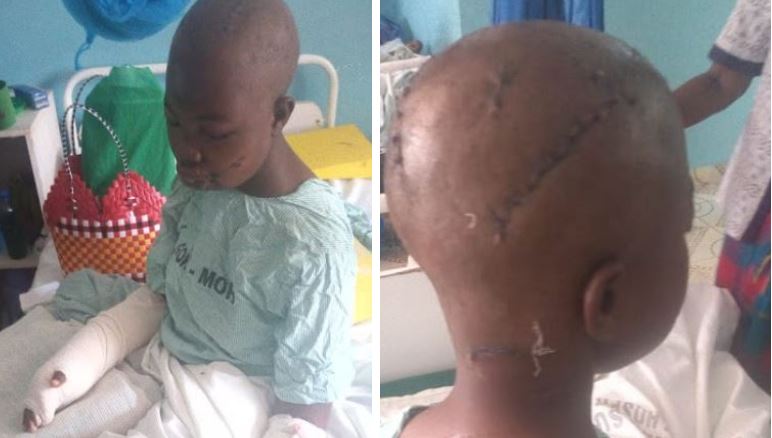 A six-month pregnant woman is recuperating at Makueni Mother and Child hospital after a gruesome attack by her estranged husband who beat her before slashing her using a machete.

20-year-old Irene Ndinda sustained serious injuries on her head, hands, legs, face and mouth; she has several stitches on her head and bandages on both her hands.

The attack occured on September 26, 2019 as Ms Ndinda escaped death by a whisker.

According to a police source for the Star, good samaritans informed police about a woman lying helpless on the road.

“When we rushed to the scene on Friday, we found a woman with serious cuts beside the road. She was in pain and seemed to be regaining her consciousness,” the officer said.

Preliminary investigations indicated that the woman’s attacker dumped her in a forest in Mbiuni, Makueni after he thought he had killed her.

“The woman crawled to the road for help at around noon the following day, she did not have clothes,” the officer said as quoted. 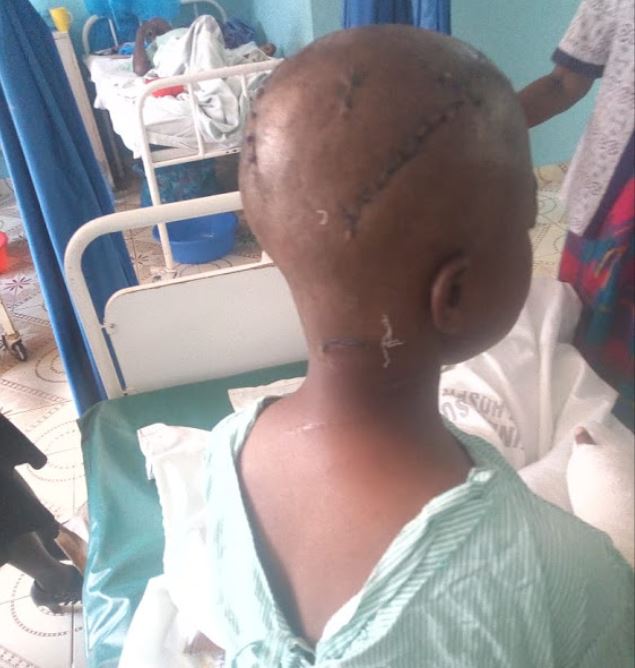 Police rushed the victim of domestic violence to Makindu Hospital, Makueni before she was moved to Makueni Referral Hospital and later transferred to Makueni’s Mother and Child Hospital.

Ms Ndinda’s mother, Priscilla Kimeu, was inconsolable by the sight of her daughter lying in bed.

“I was shocked when I saw my daughter disfigured to a point where she could not be recognised. Her hands, face, mouth, legs had been slashed. She was swollen. Her tooth had been removed and lay in bed in pain,” Priscilla said.

Ndinda is said to have met her lover in 2018 while she was studying and moved in together the same year.

“Five months in their stay we never heard of any conflicts but on the six month into the relationship, Ndinda always went back to my mother’s home claiming she had been assaulted by the husband,” Eric Kimeu, elder brother to the victim, told the Star.

Her family advised her to move out after several such incidents. Ndinda, together with her two-year-old child, eventually moved in permanently to her mother’s home. 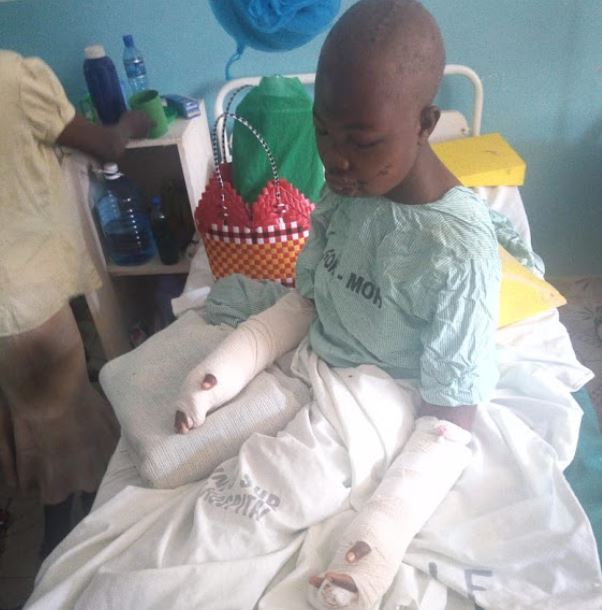 On that fateful day, Mr Kimeu said his sister Ndinda had gone to pick her remaining clothes from her husband’s home when the man attacked her on her way back to her mother’s home.

“He carried her and dumped her in a thicket thinking she was dead but after she gained consciousness at the middle of the night, she crawled to nearby homesteads where she narrated to the owners what had befallen her,” said Mueni.

“She had chosen to quit the abusive marriage long before but the husband has been unsuccessfully persuading her to go back back,” added the victim’s mother.

Mueni wants justice for her daughter.

“He was arrested a day after the incident. His motorcycle that had blood is in custody serving as evidence,” he said.

Loading...
Body of Missing Anti-Narcotics Cop Found With Head, Hand Chopped Off < Previous
The Top Stories on the Internet Today (Wednesday October 9) Next >
Recommended stories you may like: