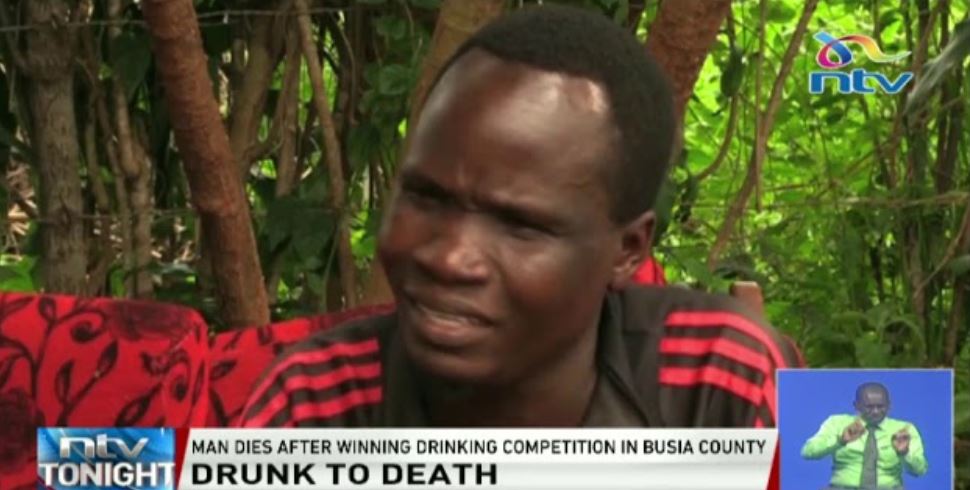 A chang’aa drinking competition has claimed another man’s life following the death of Michael Ouma in Busia County.

The 37-year-old reportedly downed three glasses of the illicit brew in quick succession, beating five other contestants, but passed out thereafter.

His mother Jackline Nabwire said Ouma left home on Wednesday morning and joined his drinking buddies at a local den.

“My son had a drinking problem. He drank three glasses continuously and later collapsed,” said Nabwire.

Ouma was pronounced dead at Busia Hospital.  and his body moved to Sega Mission Hospital Mortuary.

Two of his friends were treated and discharged.

This comes months after another man died under similar circumstances in Bungoma County in April of this year.

The 28-year-old was among villagers who had gathered at a local drinking den in Mukosi village in Kimilili constituency.

Participants of the drinking competition were presented with five liters of local illicit brew ‘Chang’aa’, with the winner walking away Sh1,000 richer and 5 litres drunker.

The deceased emerged winner but collapsed almost immediately after the competition.

A village elder, Margaret Waswa, said the man was taken home to sleep by some of the revellers who thought he was just passed out drunk.

It was not until the next morning that the man was confirmed dead.

Loading...
You’re not Welcome in Western – MPs to Ruto < Previous
DP Ruto Off to Vienna to Cheer Eliud Kipchoge in INEOS 1:59 Challenge Next >
Recommended stories you may like: