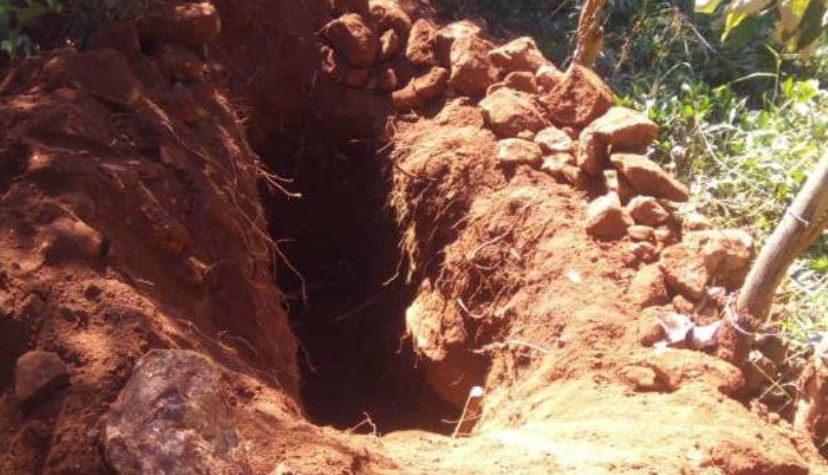 Residents of Maseno village in Subukia Sub County were treated to a bizarre spectacle after a man was found exhuming his father’s body.

Members of the public caught the suspect disinterring the body at around 8 am Wednesday. The police commander said the suspect claimed he wanted to sell the shoes.

“The suspect told the police that he wanted to sell the shoes. He waited for members of his family to leave the home before exhuming the body but the shoe was rotten,” said Matu.

Police arrested Katonye and ordered him to be taken for psychiatric tests before being presented in court where he will be charged for disturbing the dead.

“It is wrong for anybody to exhume the dead. Such can only be done if permission is granted by a court of law. Investigations have therefore commenced after which the suspect will be arraigned,” added the police boss.

Matu said the suspect’s family requested the police to allow them to conduct prayers before reburying the body, as it is a taboo to exhume the dead.

“Police are liaising with the family and the church to rebury the body. The family requested us to allow them time to conduct some prayers and cleansing,” he said.

Loading...
All The Trending Pics this Thursday < Previous
3 Police Officers Caught Smuggling 245Kgs of Weed in Government Vehicle [PHOTOS] Next >
Recommended stories you may like: