Maina Kageni: My Late Dad Should have Left his Property to my Mother 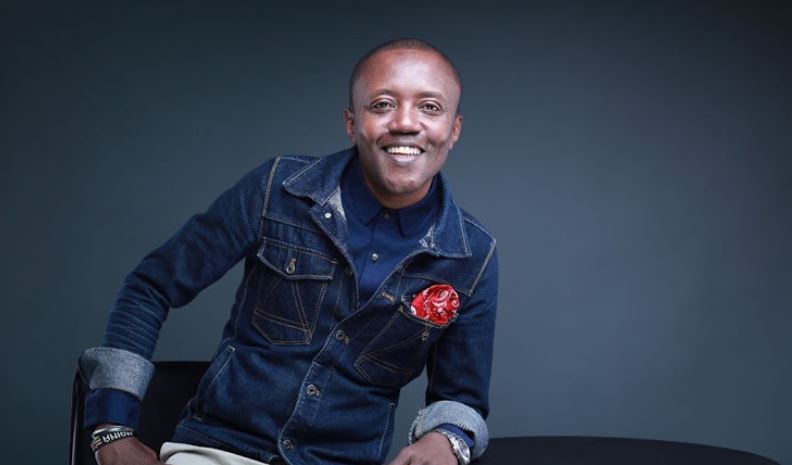 Radio personality Maina Kageni has opened up about his own personal experience with inheriting his father’s property after his passing.

The Classic 105 FM presenter and his co-host Mwalimu King’ang’i were discussing succession battles during their morning show. According to Maina Kageni, what saved his family from murky inheritance battles was his father’s will.

“My dad died when I was two years old. Luckily for him, he left behind a will and after his death, it was entrusted to trustees,” he said.

“Immediately I turned 21, the properties were transferred to me.”

The radio presenter, however, faulted his late father for entrusting the properties to trustees instead of his mother.

“My dad was guilty. Why did he not leave everything to my mother?” he posed.

On his part, comedian Daniel Ndambuki alias Mwalimu King’angi said the only inheritance he received from his father was his mother.

“The only thing my dad left me was my mum. You finish school and you realise that responsibilities are waiting for you. The minute you lower your loved one’s body into his/her grave, you immediately start thinking of all the debts one has to pay,” he said.

Kingangi said succession battles among the rich in Kenya is a sad tale that should be handled carefully.

“Look at the Michukis, (JM) Kariukis and (Njenga) Karumes and see how they keep fighting in court,” he said.

“It hurts me so bad because I know that these men worked hard for their money. Look at the case of John Michuki. He only has six kids yet he had properties worth billions. Why can’t they just agree among themselves on how to share the property?” posed King’ang’i.

Loading...
DCI Kinoti Counter-Accuses Sarah Wairimu, Phillip Murgor of Contempt of Court < Previous
The Trending Images in Nairobi this Thursday Next >
Recommended stories you may like: