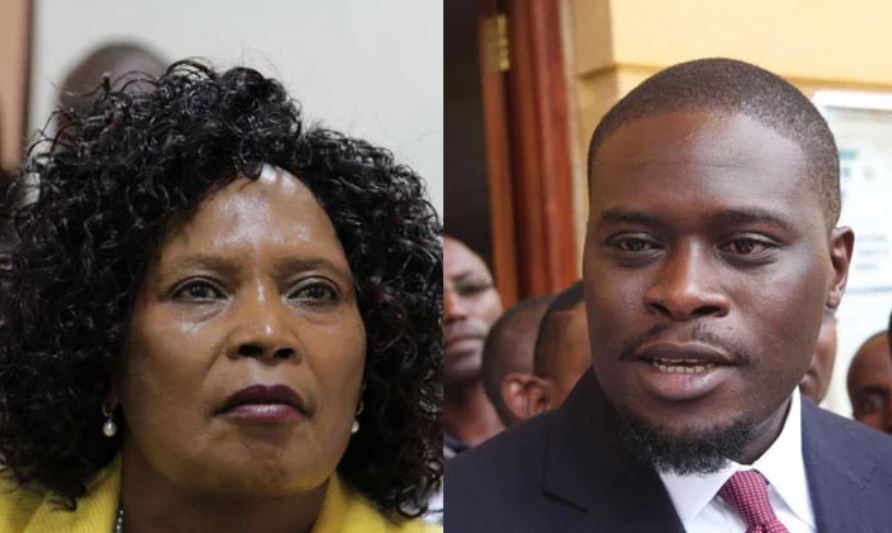 Nairobi Senator Johnson Sakaja has won the first battle against the appointment of Mary Wambui as Chairperson of the National Employment Authority.

This is after the Employment and Labour Relations Court on Wednesday temporarily suspended the appointment of the former Othaya MP.

In the case championed by the association’s chairman Mr Sakaja, lawyers Mwenje & Karanja Co. Advocates argued that Wambui is not qualified for appointment as Chairperson as per provisions of Section 10 (2) of the National Employment Authority Act.

Sakaja’s team argues that Wambui does not meet the threshold of having at least seven years’ experience in human resource management or its equivalent.

According to the petitioners, the qualifications of the chairperson of the National Employment Authority are mandatory and not discretionary.

Kenya Young Parliamentarians Association further claims that Ms Wambui has on several occasions personally admitted that she possesses a limited education, which for all intents and purposes makes her unqualified and unsuitable to conduct the affairs of the chairperson.

“The directive of appointing the 3rd respondent, who is not qualified is not only retrogressive, arbitrary and stale, but also attempts to uncharacteristically undermine the principles of public participation and guiding principles of leadership and integrity,” the petition reads.

Justice Wasilwa certified the matter as urgent and set the hearing for November 14, 2019.

Loading...
Diamond’s Producer Explains Absence from Wasafi Label amid Reports of Quitting and Stress < Previous
Rue Baby Turns Down Akothee’s Maldives Holiday Offer for Sweet and Selfless Reason Next >
Recommended stories you may like: