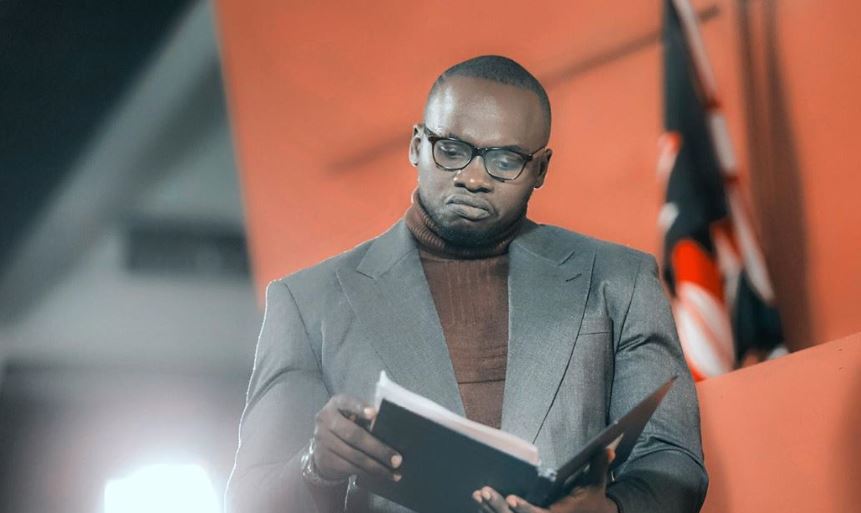 In August, Khaligraph called out the Music Copyright Society of Kenya(MCSK) after he received a measly Sh2530 in royalties from the CMO.

The high-flying rapper says he spoke out against MCSK for the sake of local music acts, especially the up and coming Gengetone stars who have not learnt the ropes of the music industry yet.

Khaligraph Jones urged local stars to make their voices heard even as the government, through President Uhuru, tries to streamline agencies tasked with royalties collection.

“As far as getting paid goes, there have been talks however I haven’t attended any meetings. It has even reached the President and they want to straighten this thing,” Khaligraph said.

“Artistes should not fear to ask questions about their money. I have been in the industry for long and I know how the industry is.

“There are so many artists coming up and the Kenyan industry has changed. I spoke on their behalf so that they don’t go through what I have gone through. I raised this issue to get a solution. These artistes are depending on the music.”

“It was nice working with all of them. As long as you are a rapper, it is always easy for them to get into the studio and do something big. Everyone wrote their own lyrics. I just gave an arrangement for the song. They followed the direction and the song was done.”

Last year, Khaligraph scooped the Afrimma award for Best African rap act and he has been nominated again this year.

“The thing is to motivate people. In Kenyan hip hop, no one has ever been nominated for things like those and to top it all,win. It was something that was done by people all over Africa. I was the only hip hop artiste from our country,” Khali said.

“If I say that music has helped me be here, I’ll be lying. I have pushed myself. I am from the ghetto…There are others who have been in this game for long and haven’t accomplished what I have been able to do.”

Loading...
“Tanasha is Drama-free but Zari was Demanding,” Diamond’s Photographer says < Previous
Man Abandons Family to Live with S*x worker in a Brothel, Claims Wife Denied him Conjugal Rights Next >
Recommended stories you may like: