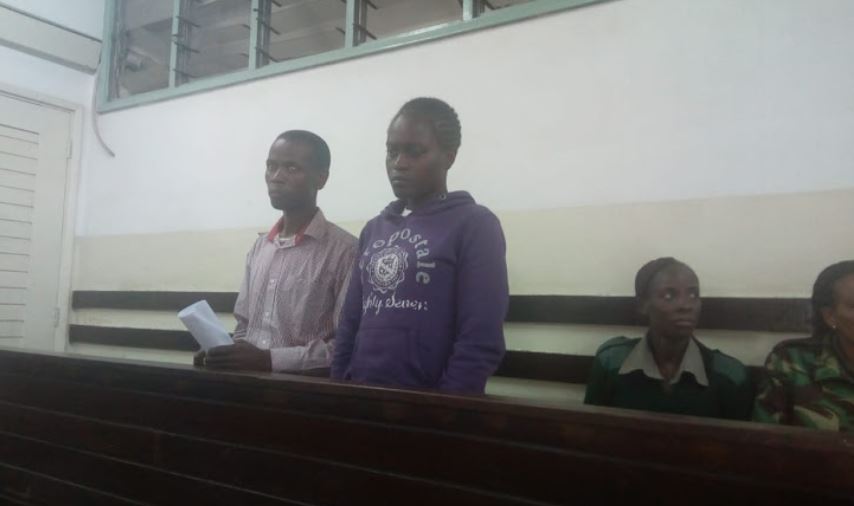 A woman and her lover were last week Friday presented before Kibera senior resident magistrate Barbara Ojoo and charged with stealing $3,000 cash from her employer.

The woman, identified as Sarah Asibo, was also accused of buying her boyfriend a television set. Asibo’s employer, Kashmiraben Kumar, told the magistrate that the accused also sent cash to her parents through M-Pesa so they could buy iron sheets.

Sarah and her partner Paul Ojonga were both charged with theft.

Kumar said she employed Sarah early this year. She said that she stole $3,000 from her bedroom on July 25.

“Because she was not staying in my compound, she was to come early and leave early,” the complainant told the court.

“I left home very early and went to work as usual but at 9 am I received a call from my daughter saying that Sarah didn’t report to work or pick calls. I sensed danger and told my daughter to see if the money in the bedroom was still there,” she said.

Kumar added that the money was gone and Sarah wasn’t picking her calls.

“She picked my calls later in the afternoon and said her daughter was sick and she had taken her to the hospital,” she said.

The next day Sarah reported to work and denied stealing the cash.

“I tried to interrogate her politely and later she agreed she took the money but gave it to her boyfriend who exchanged the dollars for Kenyan shillings.”

After reporting the theft to a Nairobi West police station, two police officers accompanied Sarah to her boyfriend’s house in Kawangware and recovered $200.

The second accused Mr Ojonga told the court that he was tortured by police and forced to sign a false statement.

“Your Honour, my head was inserted under the table and beatings meted out to me. They instructed me to tell them the truth concerning some money alleged to have been stolen. I was told not to move my body, but I had to move for me to speak clearly but the more I moved my body the more I was beaten by police,” Ojanga said.

He said he has three children and police at Industrial Area have made it difficult for his family to visit.

“They have missed me a lot, your Honour. Kindly assist me because one of my children will be an engineer, the other an accountant and the lastborn wants to be a DJ.”

Magistrate Barbara Ojoo advised him to seek assistance from the prison management.

The case will be mention on October 27.

Loading...
CS Matiang’i Hails Ongoing War against Gambling, Urges Kenyans to Join Govt in Fight against Betting < Previous
What Other Journalists Can Learn from ‘Fantastic’ Hussein Mohamed – Linus Kaikai Next >
Recommended stories you may like: