It was Raining Cash at Vera Sidika’s Birthday Party – Watch 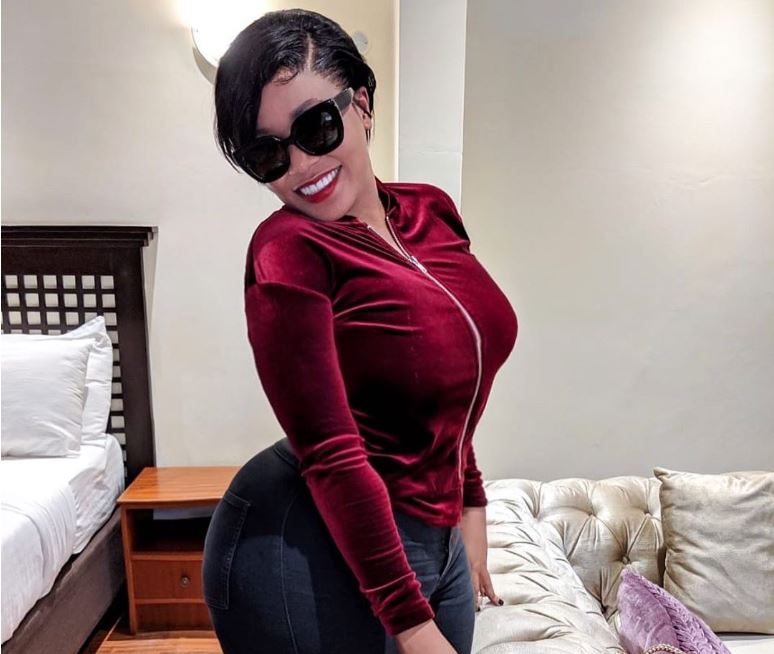 To say Vera Sidika had a blast during her birthday party would be an understatement.

The voluptuous socialite turned 30 years yesterday, Monday, September 30 but her birthday celebrations kicked off over the weekend. This time around, the entrepreneur escaped the hustle and bustle of Nairobi and traveled to Kitale to celebrate with her fans at Club Epic.

KITALE!!! Come celebrate my birthday with me this Saturday 28th September 2019 at Club Epic @clubepickitale 🔥 It’s gonna be a movie you can’t miss!!! 💃🏼💃🏼💃🏼 Entrance: Free 😉 Where should we do the Pre-Bday and Post-Bday? 😃

Prior to the event, Vera Sidika had promised it was going to be a movie, and indeed it was as her fans decided to ‘make it rain’.

In a video doing rounds on social media, the former ‘Nairobi Diaries’ reality TV star was treated to a money shower as fans threw wads of cash atop her birthday cake.

Interestingly, Vera decided to return the favor; after collecting the cash, she got on stage and shared the money with her fans.

Loading...
“Betting does not Create Wealth” – Kanini Kega Welcomes SportPesa, Betin Exit < Previous
The Trending Images Today Next >
Recommended stories you may like: