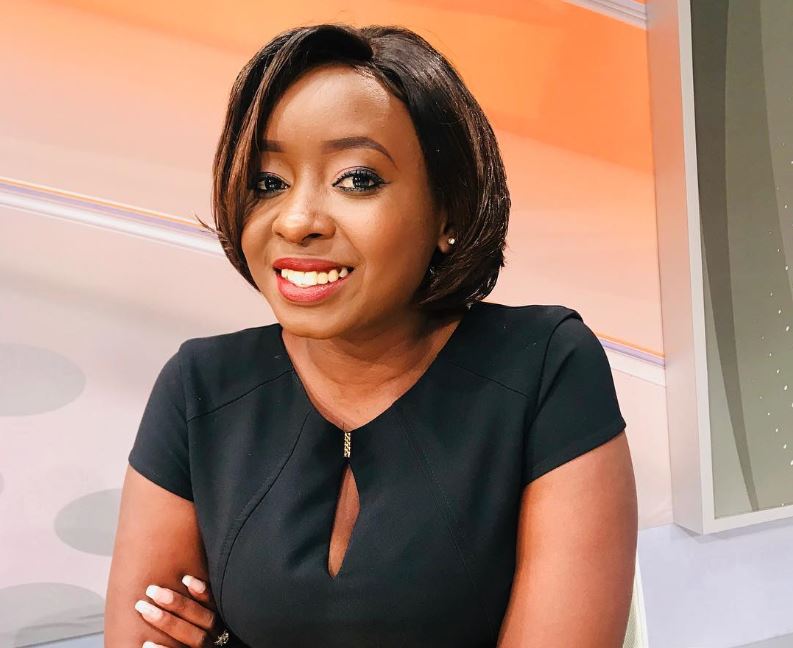 Jacque Maribe’s return on social media has been nothing short of rabble-rousing. After a one-year sabbatical on Instagram, the former Citizen TV news presenter made her comeback after Eliud’s history-making marathon run and has since been a popular topic of discussion.

She stunned her followers last Thursday as she finally confirmed that comedian Eric Omondi is the father of her son, Zahari. 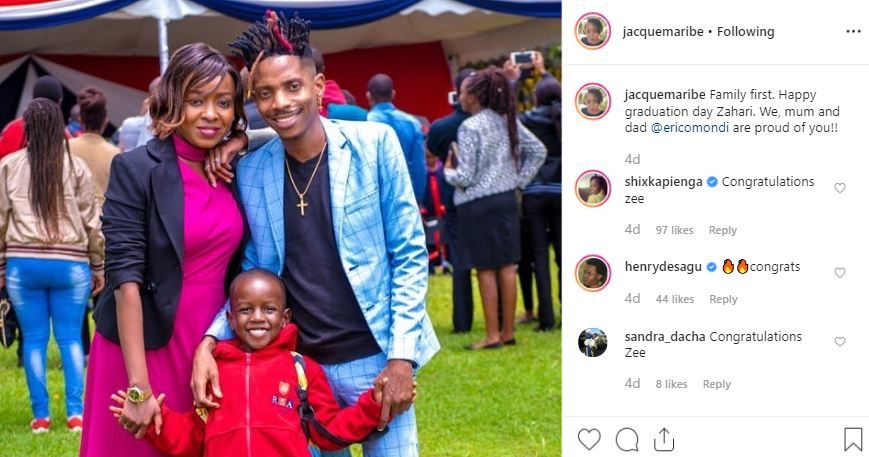 Then on Sunday, she was full of praise for ‘bestie’ Dennis Itumbi as the blogger defended his Head of State Commendation (HSC) during an interview with Anne Kiguta on K24 TV’s Punchline show. 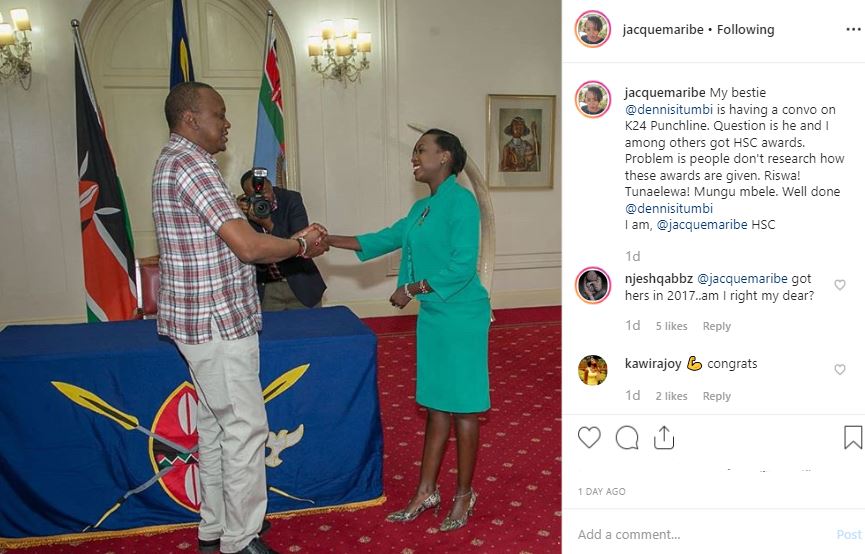 Barely 24 hours later, Jacque Maribe posted another photo of Eric Omondi congratulating the funnyman after he was crowned ‘African King of Comedy’ and ‘Best African Comedian’ in the African Entertainment Awards, USA. 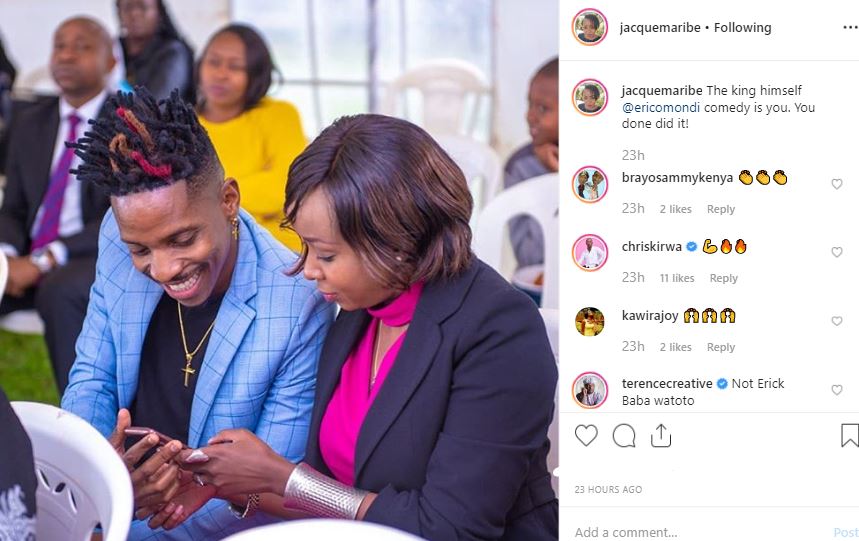 Naturally, Jacque’s posts have caused uncertainty among some of her fans who have been wondering who her main man was.

A fan identified as Danny challenged Jacque to come clean, and she did, declaring that she is single AF.

Another follower, Jackline, prodded further as she suggested that Jacque’s male pals are her friends with benefits. 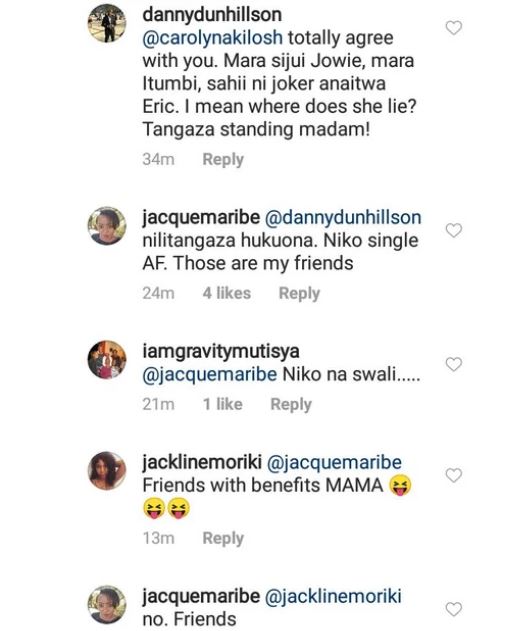 Loading...
Stop Borrowing and Sell your Bodies Instead, Huddah tells Kenyan Women < Previous
Akothee Reveals What Hurt her about Rumored S*x-tape Next >
Recommended stories you may like: