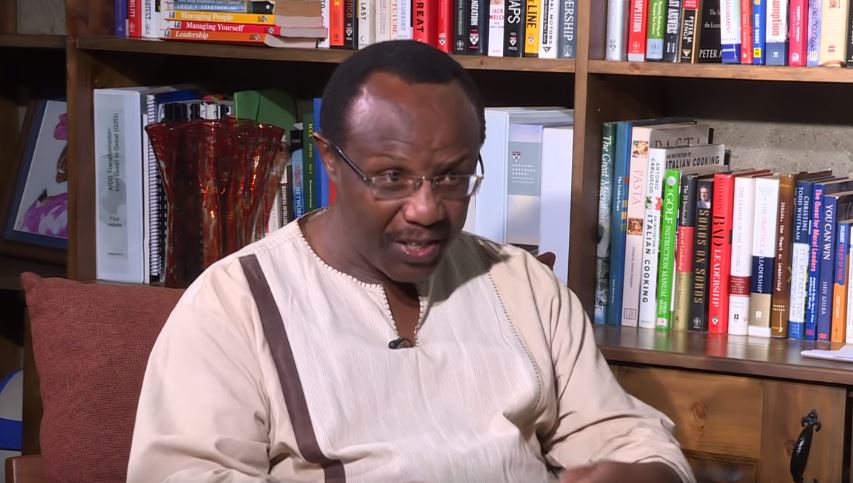 Popular public intellectual David Ndii has ruled out becoming a corruption whistleblower saying he can’t risk his life for a country he has given up on.

The economist made his sentiments known during an exchange with some of his followers on Twitter a day after an interview with K24’s Anne Kiguta. During the interview, Ndii stated that Kenya’s economic crisis is a political problem whose only solution is regime change.

“The rest of the Jubilee term for the economy is actually lost. We are where we were with Moi around 2001. The only thing that the Moi government could have done is hold the fort until the end of his term.”

“People keep asking: “What are the solutions?’ If the solutions were available, you don’t need me. You could google them. Policy change is a hands-on thing. It is not something you write for people,” he said.

On Twitter, observers accused Ndii of failing to expose corruption in the high levels of government that had led to the current economic crisis.

“David has given up on Kenya. You can’t expect anything different from him,” one Twitter user claimed.

In response, Ndii tweeted: “Why would I risk my life exposing the corruption and standing up to this murderous duo for a country that I have given up on? What do you stand for?”

In another tweet, a netizen accused Ndii of never providing a solution to problems. “Ndii has never provided any solution to a problem…..no matter how much you push him, he will give you none,” wrote the Twitter user.

David Ndii retorted: “Because you refuse to hear that our economic crisis is a political problem called UHURUTO. You will not hear because you voted for them three times. When a leadership runs down a business, the first business of recovery is to change leadership. The solution is regime change.”

Another tweep wondered why David Ndii did not attack President Uhuru during the interview at K24.

“I thought you would attack Uhuru’s policies the way you have been doing in social media but wapi ? Or we got the edited version of the interview ? I was expecting a bare knuckle attack on Uhuru as a person!” Philip Gitau posed.

Loading...
KBC Presenter Splashes Millions on Mansion, Car for Wife’s Birthday [PHOTOS] < Previous
Miguna Speaks on Reports of Secret Meeting With DP Ruto Next >
Recommended stories you may like: