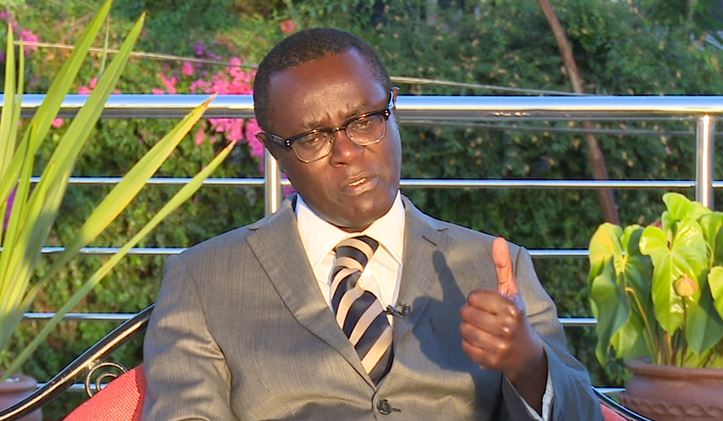 Political analyst Prof Mutahi Ngunyi has predicted the outcome of the 2022 political war pitting Raila Odinga against William Ruto saying the ODM winner will be victorious.

According to Mr Ngunyi, Raila Odinga is currently making more sense than the Deputy President for pushing for a constitutional referendum.

Ngunyi warned Ruto that by clinging to his presidential ambitions, he will be deserted by his supporters and those around him.

“I am afraid that today, Raila Odinga is making more sense than Ruto. Yes, Ruto has won the 2022 argument but Raila will win the 2022 war. Politics is like romance, if you hold onto someone too tightly, they will leave you. By holding onto his 2022 presidential ambition, Ruto is suffocating those who love him and they will soon leave him,” stated Ngunyi.

The scholar further observed that Raila Odinga was likely to have the last laugh in 2022 based on the plan to change the constitution.

“The 2022 presidential election will not happen under the new constitution, zero! There will be a referendum that will effect constitutional changes. If this is true, then Ruto is consistently campaigning for a position that will not exist in 2022. He has become the proverbial blind man in a dark room chasing a black cat that is not there,” added Ngunyi.

The Professor of political science also faulted DP Ruto for his double standards in opposing the constitutional referendum when he had strongly opposed it during the 2010 referendum.

Loading...
The Trending Images Today < Previous
Nyeri Woman Forgives Husband who Stabbed her 17 Times and Left her for Dead Next >
Recommended stories you may like: