NRG radio was heavily bashed on social media this week when they used Eliud Kipchoge‘s name and likeness to run their own campaigns. This was soon after Kipchoge became the first human being to run a marathon in under 2 hours.

The former home of Andrew Kibe and Kamene Goro re-branded some of its properties to ‘Kipchoge radio’, also using his image.

For instance, the Kevin Mulei-owned station changed its morning show to ‘KipchogeBreakfastClub’, and went on to push the hashtag on social media.

What however pissed off most Kenyans was NRG’s unsanctioned plan to award Kipchoge a BMW i8, that the station regularly uses for its own promotion work. 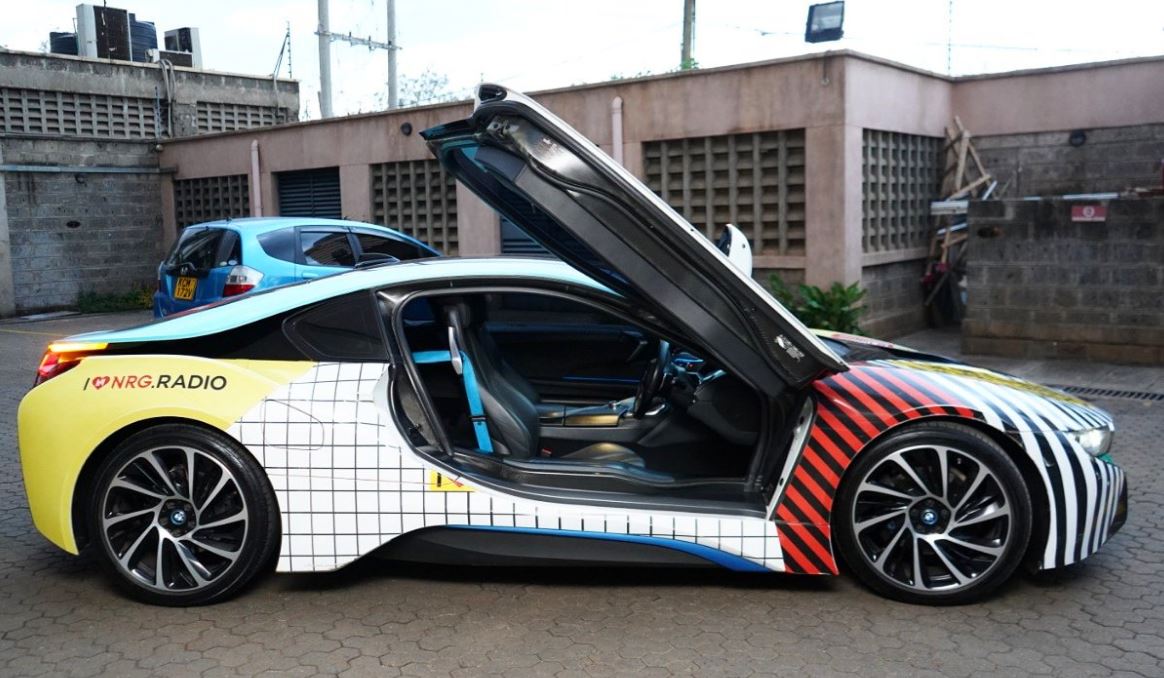 The whole fiasco was championed by Eric Omondi, and it was clear this was an unachievable target. They promised to give Kipchoge the car if their Instagram page reached 1 million followers within 24 hours.

Fam… It looks like we will be saying goodbye to our GORGEOUS baby, the BMW i8. @ericomondi_ is NOT joking about this.. 😭😭😭 #NRGi8Challenge #KipchogeBreakfastClub pic.twitter.com/vneYZp1FRj

Many Kenyans interpreted it as an attempt to gain followers using Kipchoge’s name, with no intention of handing over the car to him.

NRG Radio has been issued a demand notice to remove any reference to Kipchoge on all their properties, to expunge his image from all their platforms, and to issue an ‘unqualified apology for violation of his rights and misuse of his image.’

As if that’s not enough, once the station complies with the above, they shall enter discussions on how much money they will pay for this gross miscalculation.

Well, Kipchoge might end up getting more than just the car. 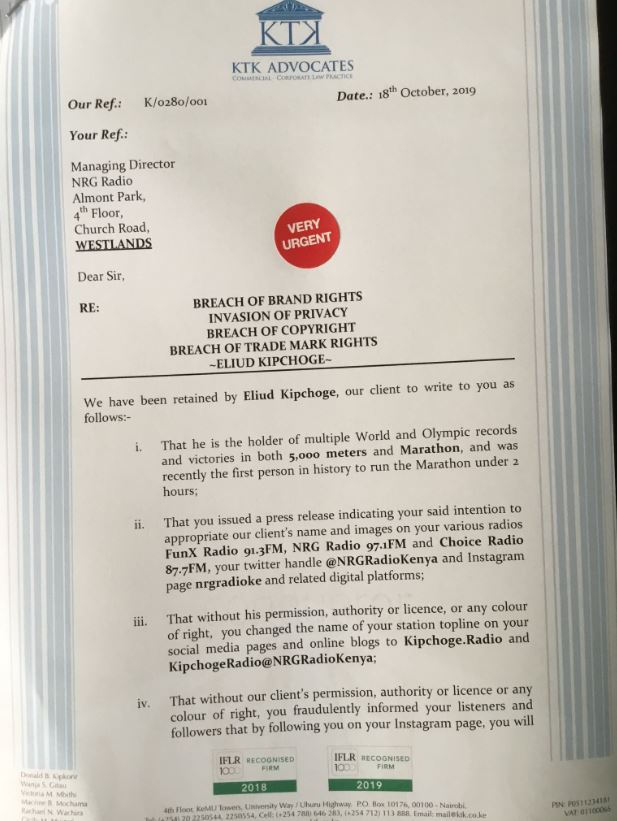 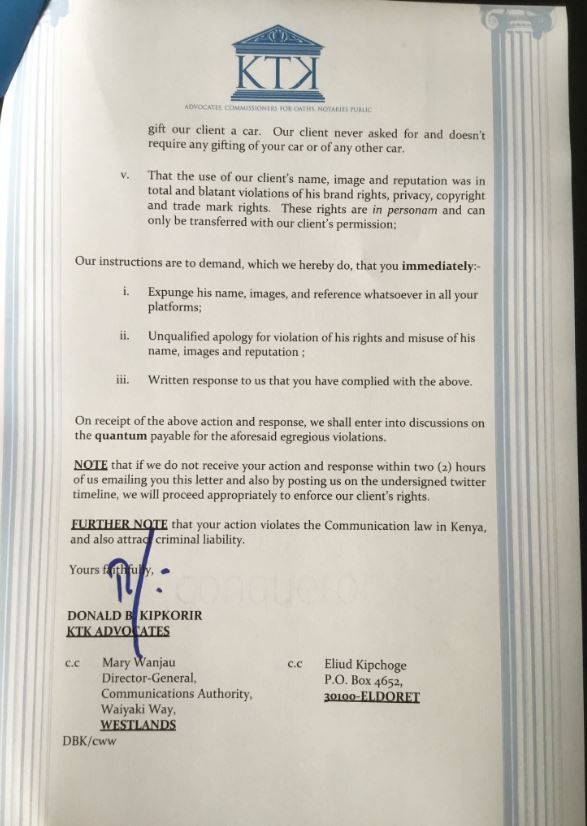 Loading...
PHOTOS – This is How the New Allsops Thika Road Flyover Will Look Upon Completion < Previous
Rugby Legend Serevi Praises Growth of the Sport in Kenya Next >
Recommended stories you may like: