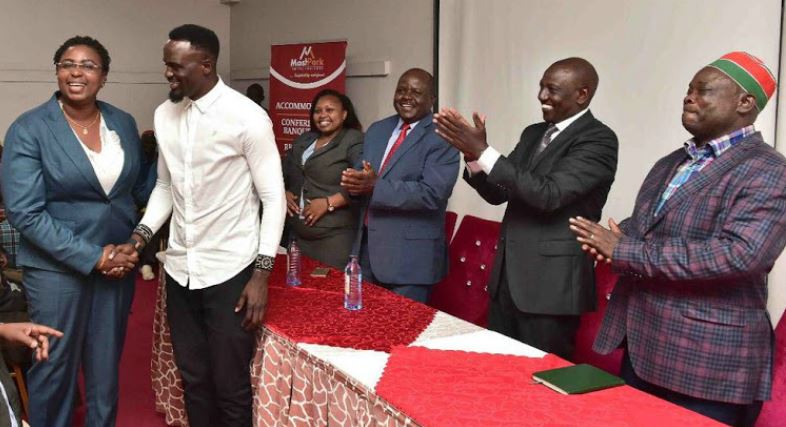 Deputy President William Ruto has maintained that the Kibra by-election is not a supremacy battle between him and Raila Odinga.

According to the DP, the mini-poll is an opportunity for Kibra residents to elect a leader who is best suited to serve them for the next three years.

“Let no one confuse you that this by-election is a contest between Raila, Ruto and Musalia (Mudavadi). The race is between MacDonald Mariga, Eliud Owalo, Imran Okoth and other candidates,” he said.

Additionally, Ruto called for peaceful campaigns in the by-election urging contestants and politicians not to incite residents.

“We want this contest to be peaceful, and devoid of name-calling so that the people of Kibra can decide without interference on the best candidate,” he said on Tuesday.

The DP noted that Jubilee Party led by President Uhuru Kenyatta fully supports Mariga because he had shown his desire to empower the people of Kibra.

“We support Mr Mariga because he was raised in the same conditions as the people of Kibra; he does not need to be told about the needs of Kibra.”

“The projects we have done in Kibra faced a lot of opposition; we could not work freely with former MP the late Ken Okoth because his party would question his loyalty,” Ruto explained.

The DP spoke at Mash Park Hotel in Kibra during a meeting with members of the Divine Church of Africa from Kibra.

Loading...
Akothee’s Rude Response after being asked about Nelly Oaks < Previous
Why We Decided to End ‘Machachari’ Story – Manager Next >
Recommended stories you may like: