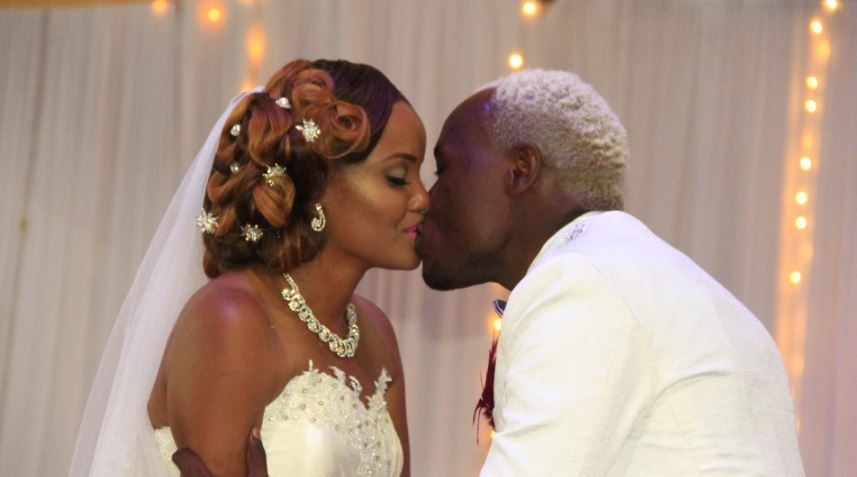 Award-winning gospel hitmaker Daddy Owen has been forced to respond to a fan who claimed that his marriage is the cause of his decline in the music industry.

Daddy Owen said ‘I Do’ to Farida Wambui in 2016, and according to a fan identified as Fred Nixon, his music career has never been the same again since. Nixon stated that Daddy Owen was one of the best gospel musicians in Kenya until he settled down.

But the ‘Vanity’ hitmaker appeared to laugh it off as he reshared the post on his socials blasting the fan.

Daddy Owen also noted that there is a season for everything that happens in someone’s life. 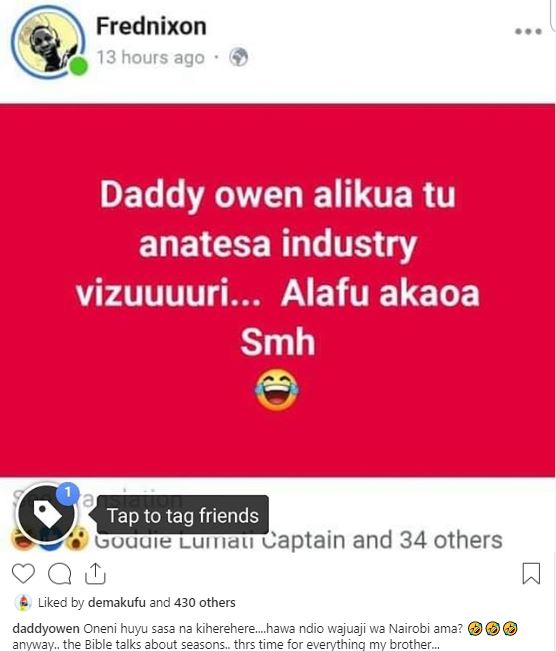 Surprisingly, several of Daddy Owen’s followers seemed to agree with Nixon saying there was a hint of truth in his remark.

“Pole but I am with him on this one. We miss you,” said periskamau.